"I'm gonna learn his steps and dance as good as him someday in Assam," wrote Hrithik Roshan 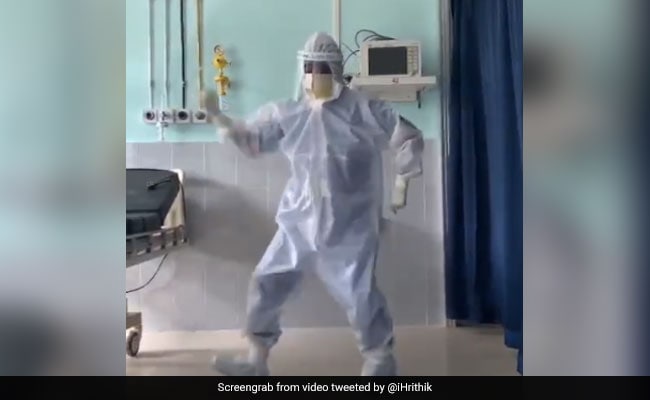 A still of the doctor dancing in the video. (courtesy iHrithik)

A video of a doctor named Dr Arup Senapati, an ENT surgeon from Assam, dancing to the track Ghungroo from the 2019 hit War is going insanely viral on social media. Turns out, it is not just netizens who loved the video, also the people who starred and composed the track. Hrithik Roshan and Vaani Kapoor, who feature in the original video of Ghungroo, couldn't help but praise the doctor for his moves and effort. Hrithik Roshan, sharing the video on Twitter, wrote: "Well Dr Arup, I'm gonna learn his steps and dance as good as him someday in Assam. Terrific spirit."

Tell Dr Arup I'm gonna learn his steps and dance as good as him someday in Assam . Terrific spirit . https://t.co/AdBCarfCYO

Meanwhile, War actress Vaani Kapoor, who also featured in the original video, shared a screenshot on her Instagram story and added heart and clap emojis. Vishal Dadlani, who has composed the song along with Shekhar Ravjiani, shared a screenshot of the video and wrote: "Best thing I've seen in 7 months. Lit my heart right up. Thanks Doctor Syed Faizal Ahmed (who shared the video). Thank you for making our song a part of your life while you save lives." 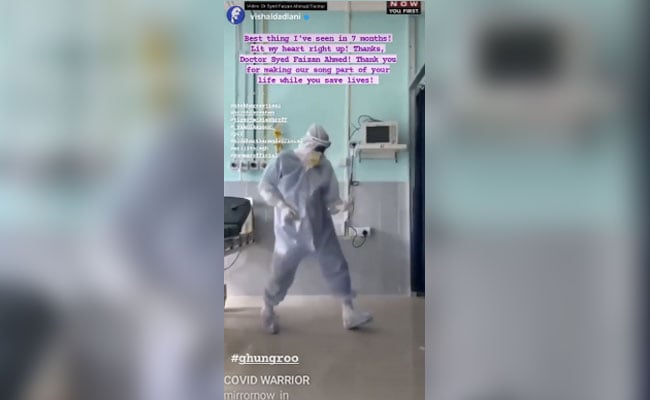 The aforementioned video was originally shared on Twitter by Dr Syed Faizan Ahmad, a colleague of Dr Arup Senapati. The video has been spreading like wildfire on social media, In the video, the doctor can be seen wearing PPE kit, mask and a face shield while he grooves to the song. He even performed the signature step in the video.