Hrithik Roshan To Madhuri Dixit: Clapper-Boy Still Aspires To Be Your Hero

"It's wonderful to see your journey from a clapper-boy to a super talented actor and a super hero," wrote Madhuri Dixit 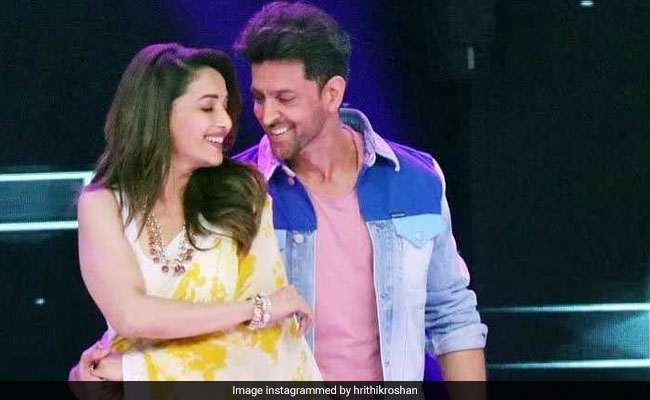 Hrithik Roshan is one of the most successful actors in Bollywood but if there is one thing that the actor wishes to strike off his bucket list - it is to be Madhuri Dixit's "hero." On Tuesday, Hrithik shared a picture along with the actress on his Instagram account, in which he talked about how dancing with the Devdas actress reminded him of the days when he was clapper-boy. For those who don't know, Hrithik Roshan was an assistant director on the sets of the 1997 film Koyla, directed by his father Rakesh Roshan, which featured Madhuri Dixit and Shah Rukh Khan in the lead roles. Hrithik summed up his experience in his post and wrote: "Dancing with Madhuri Dixit had me shuffling in my head between assistant and hero. Thank you mam for encouraging that clapper-boy, he still aspires to be your hero." He added the hashtags "#comingsoon #dancedewane #super30" to the post.

Dancing with madhuri dixit had me shuffling in my head between assistant and hero. Thank you mam for encouraging that clapper-boy , he still aspires to be your hero. #comingsoon #dancedewane #super30 @madhuridixitnene image: @yogenshah_s

Madhuri Dixit acknowledged Hrithik's post by leaving a comment on it. She wrote: "It's wonderful to see your journey from a clapper-boy to a super talented actor and a super hero. Wishing you all the luck and success for your upcoming movie Super 30." 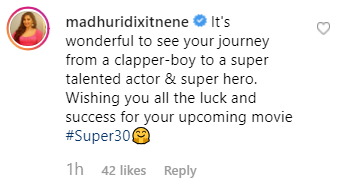 What happens when two of the best dancers in Bollywood come together on the dance floor? It is sheer magic. Don't believe us, take a look at the pictures here: 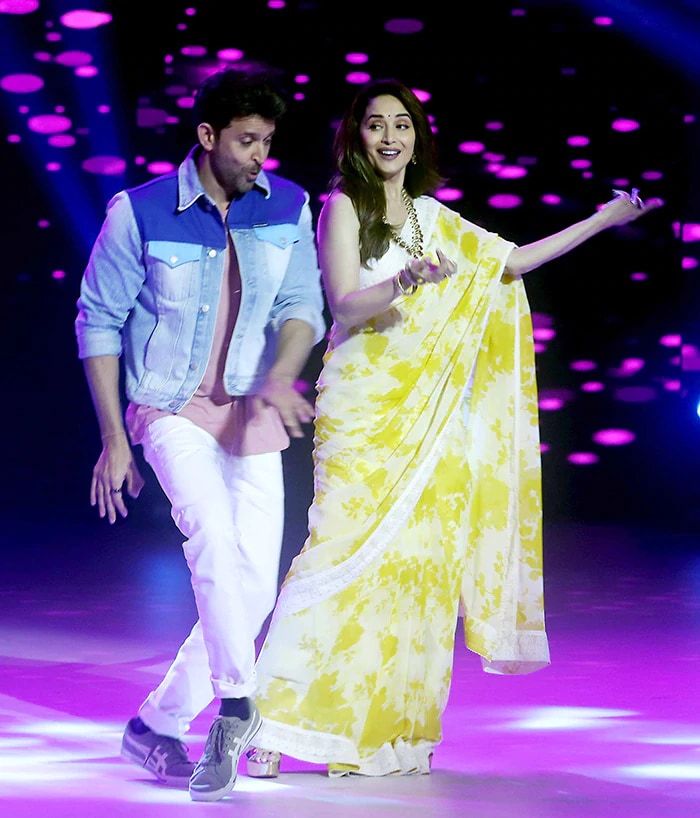 Hrithik and Madhuri on the dance floor. 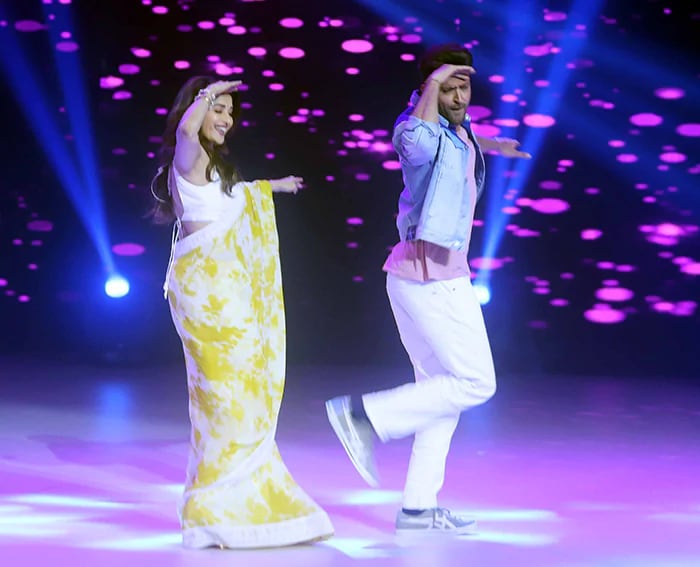 Madhuri and Hrithik on the sets of Dance Deewane.

On Monday, Madhuri Dixit shared a picture of herself along with Hrithik on her Instagram post and she captioned it: "Dance mode." This is the post we are talking about:

Hrithik Roshan's Super 30 is slated to release on July 12. In the film, Hrithik will be seen playing the role of Anand Kumar, who coaches students from economically weaker sections for the entrance exams of the IITs. Besides Hrithik Roshan, the film also stars Mrunal Thakur, Pankaj Tripathi, Nandish Singh and Amit Sadh in pivotal roles.