"When I was selecting Hrithik Roshan, everyone laughed at me saying that he looks like a Greek God," said Anand Kumar 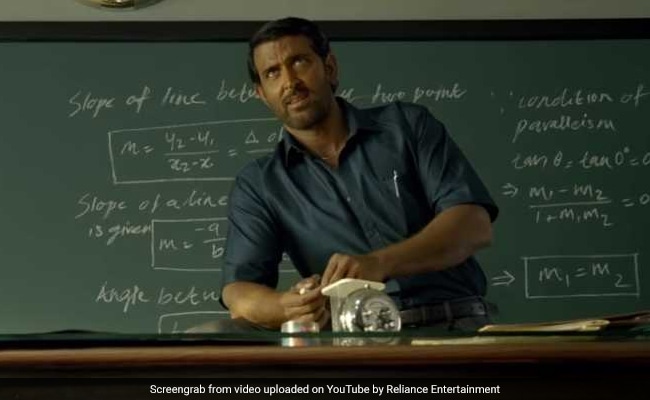 Hrithik Roshan in a still from Super 30. (Image courtesy: YouTube)

The trailer of Hrithik Roshan's Super 30 might have opened to mixed reviews but we cannot overlook the fact that the actor received massive praise for his performance in the trailer and the latest addition to the list of fans is none other than man who Hrithik plays on screen - mathematician Anand Kumar. During an interview with Quint, Anand Kumar reviewed Hrithik's performance in the film's trailer and said that it left his mother teary-eyed. That's not it, during the interview, Mr Kumar also revealed the reactions of his family members and said, "When the trailer came out my mother was teary eyed. My brother was also astonished. I have a two-year-old daughter who jumped in excited saying, 'Papa, papa.'"

Anand Kumar said that people laughed at him when they discovered that Hrithik Roshan has been zeroed in to portray his character on screen. However, Hrithik told him that he might take a little time to get into the skin of the character and spent hours with him. "When I was selecting Hrithik Roshan everyone laughed at me saying that he looks like a Greek god and I must select someone who could look the part. But when I met him, he said that this film is very difficult and I will take time to even get into your character. He spoke to me. He sat with me for hours and hours," said Anand Kumar.

Super 30 is based on Anand Kumar's life, who coaches students from economically weaker sections for the entrance exams of the IITs. The film's trailer has over 40 million views on YouTube as of now. Take a look at the trailer of Super 30 here:

Super 30 has been directed by Vikas Bahl and it has been collaboratively produced by Nadiadwala Grandson Entertainment, Phantom Films and Reliance Entertainment.