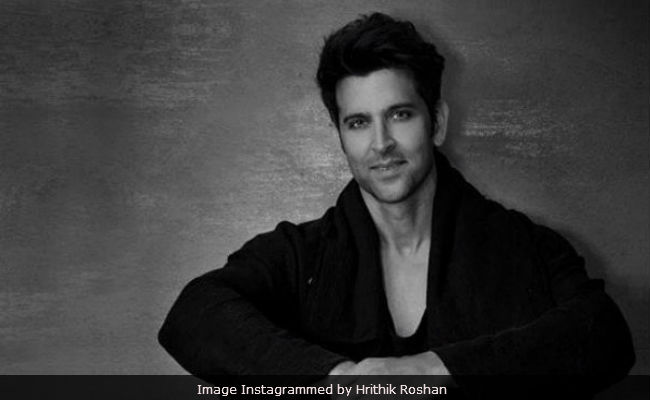 New Delhi: The shooting for Super 30, starring Hrithik Roshan in the lead role, has begun. Hrithik, who plays the on-screen version of mathematician Anand Kumar in the film, shared an update on Monday. "On the auspicious day of Saraswati Puja and Basant Panchami, I am beginning my journey of Super 30 where I am playing a teacher for the first time. May the Goddess of learning bless this effort," Hrithik tweeted. Super 30 will trace Patna-based mathematician Anand Kumar's journey to fame as the founder of the Super 30 programme that trains IIT aspirants. This is what Hrithik Roshan tweeted about Super 30.

On the auspicious day of Saraswati Puja and Basant Panchami, I am beginning my journey of Super 30 where I am playing a teacher for the first time. May the Goddess of learning bless this effort.

Anand Kumar, in a statement to news agency PTI, said that he trusts Vikas Bahl with his life story and he believes that the filmmaker will 'make a heartfelt film.'

Talking about Hrithik portraying him on the big screen, Anand Kumar said, "I am very happy because he (Hrithik) is the best choice for the role. I've seen his work and the kind of versatility and range that he exhibits as an actor is very strong," reported PTI.

"I am a rooted guy so I feel some level of emotional quotient is required to live my life on screen. I have seen that in Hrithik - on and off-screen. I have full faith in his capabilities," he added.

Earlier, several reports suggested that TV actress Mrunal Thakur will also star in the film, but no official announcement has been made yet.

Promoted
Listen to the latest songs, only on JioSaavn.com
Hrithik Roshan will also star in Krrish 4. The film's release date was announced by Rakesh Roshan on Hrithik's birthday (January 10).