The party was for Karan Johar but the top trend today is Hrithik Roshan. Hrithik was among the extensive list of celebrities invited to a grand celebration of Karan Johar who turned 50 yesterday; he attended with his girlfriend, actress and musician Saba Azad. It was their first official appearance at an event as a couple – Hrithik and Saba have previously been pictured together out and about in Mumbai and also at the airport, flying back from Goa (more on that later). They attended Karan Johar in coordinated black outfits, having ignored the dress code of bling. Their accessories – red lipstick for Saba and the beard he's been sporting for a while for Hrithik.

This morning, however, Hrithik Roshan revealed that he's ditching the beard soon. He shared a picture of his party outfit on Instagram, captioning it: "Last night. Also last post with beard." 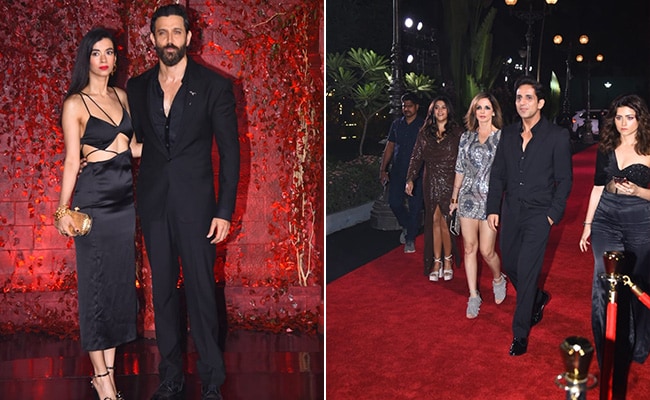 On the subject of Sussanne – the trip to Goa some weeks ago was to celebrate the opening of a restaurant she had designed. Hrithik Roshan and Saba Azad attended the opening party and were then spotted at Mumbai airport. Sussanne's sister Farah Khan Ali was at the opening as well and so was Arslan Goni.

Hrithik Roshan and Saba Azad were first spotted together in February getting dinner. Since then, she has been invited to family events by the Roshans and the couple frequently comment on each other's Instagram posts.