"When I was selected for it, I trained diligently with Salman Khan and haven't looked back," Hrithik Roshan said in an interview 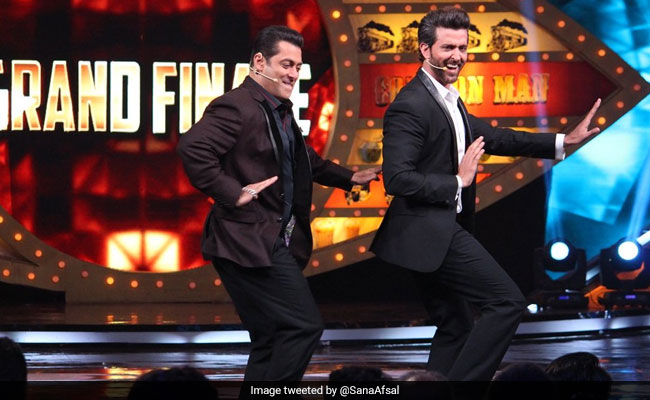 Hrithik Roshan and Salman Khan found themselves plonked on the trends list for reasons more than one. To begin with, let's consider Hrithik Roshan's interview to mid-day, in which he revealed something interesting about his debut film Kaho Naa... Pyaar Hai. Did you know Hrithik trained with one of the Bollywood Khans ahead of his Bollywood entry in 2000? Talking about his fitness journey, Hrithik told mid-day: "I would consider (the phase) before my debut film Kaho Naa... Pyaar Hai a turning point when it comes to fitness. When I was selected for it, I trained diligently with Salman Khan and haven't looked back. Dance has been my passion since I was a kid, and that is primarily what I would do to stay fit (back then)."

Last year, Bobby Deol spoke at length about how Salman Khan motivated him to return to films. As Bobby Deol's chiselled physique for Race 3 became talk of the town, the actor revealed that he trained with Salman's trainer Rakesh Udiyar to get back in shape. Salman Khan also supervised newcomer Zaheer Iqbal's training session before launching him in Bollywood. Salman has also introduced newbies in Bollywood, including star kids such as Athiya Shetty, Sooraj Pancholi and Pranutan.

In another news, Mumbai Mirror reports that Hrithik will reportedly replace Salman Khan in Inshallah. Contrasting reports suggest that Ranveer Singh is in consideration for the role. Speculation about Salman's replacement began after a source told Times Of India that Sanjay Leela Bhansali will make Inshallah but minus Salman Khan. While there's never been no official confirmation that Inshallah has been shelved, rumours were rife that Mr Bhansali cancelled the film after Salman suggested changes in the script.

Inshallah had initially booked Eid 2020 but the release date has been pushed indefinitely.