How Two Kaun Banega Crorepati Hosts, Amitabh Bachchan And Nagraj Manjule, Got Together For Jhund 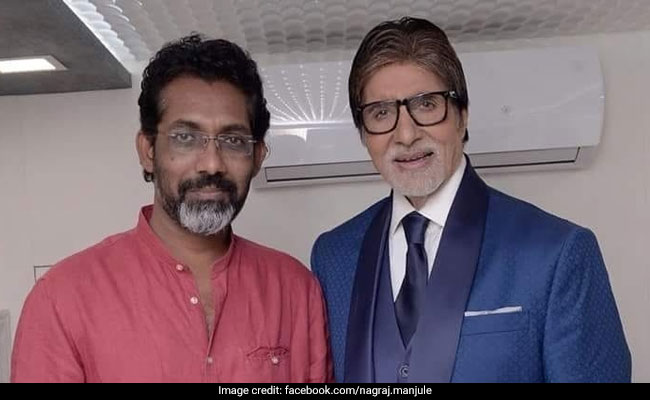 There is a lot of excitement about the collaboration of megastar Amitabh Bachchan with Sairat director Nagraj Manjule in Jhund. Producer Savita Hiremath recounted how she got the two creative powerhouses to work together. In a statement, Savita Hiremath, who had earlier produced the path-breaking Khosla Ka Ghosla, said she had flown to Pune to personally meet Nagraj Manjule.

When she met him, while talking to him she found out that he is a huge Big B fan. When she told him that she could approach him for the role, he agreed to the film immediately. After his "yes", she gave the story idea to Big B, who watched Sairat after the conversation and asked for a script.

The rest is history with the two shooting in Nagpur together.

Nagraj Manjule has taken his fandom of Big B and is now hosting Kaun Banega Crorepati in Marathi now. "My film has two KBC hosts," Savita Hiremath commented of the project, which marks Nagraj Manjule's maiden Hindi film.

(Except for the headline, this story has not been edited by NDTV staff and is published from a syndicated feed.)
Comments
jhund filmamitabh bachchannagraj manjule