How Lovely Are Aishwarya And Navya Naveli Nanda In This Pic?

At the event, Navya dazzled in an ice blue gown with crystal embellishments from Monisha Jaising's 'The Opera' collection 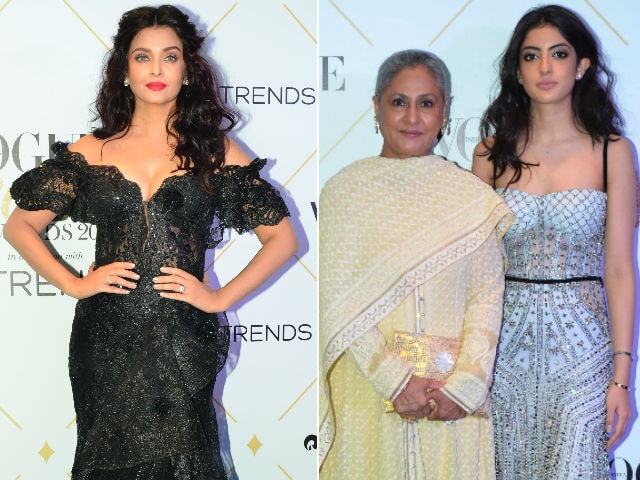 Navya Naveli and Aishwarya at the Vogue Beauty Awards

New Delhi: Amitabh Bachchan's granddaughter Navya Naveli Nanda has crossed the threshold and stepped into the big wide world of fashion and style. Navya, whose public appearances are restricted to a handful of showbiz parties and fashion events, recently turned heads at the Vogue Beauty Awards held in Mumbai earlier this month. Meanwhile, Aishwarya Rai Bachchan, who walked in after Navya and company, was also present at the fashion gala. The paparazzi longed for but failed to get a picture of Navya and Aishwarya together at the photo-call area but the duo made up for it inside the event. A picture of the two sharing a light moment inside the event has been shared on social media and we can't even...

At the event, Navya dazzled in an ice blue gown with crystal embellishments from Monisha Jaising's 'The Opera' collection. She teamed it up with studded earrings and nude make-up. Meanwhile, Aishwarya was femme fatale in a sequinned black ensemble from the shelves of Nedret Taciroglu.

Navya arrived along with mother Shweta Nanda Bachchan and grandmother Jaya Bachchan - the trio cover the August edition of Vogue India. They were also joined by Amitabh Bachchan on the aisle while Aishwarya checked in after Navya and team. 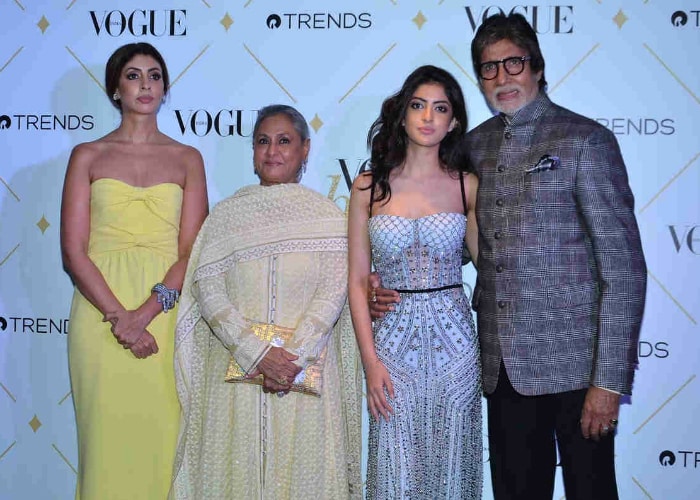 Navya Naveli Nanda and the Bachchans at the Vogue Beauty Awards Navya was classmates with Shah Rukh Khan's eldest son Aryan at London's Sevenoaks School. Aryan is currently enrolled in a filmmaking course in California, Sridevi's eldest daughter Jhanvi is all set for her Bollywood debut and Saif Ali Khan's daughter Sara Ali Khan has begun work on her first Bollywood film but whether Navya looks forward to a career in movies or not is not known. In an interview with PTI, Shweta had said: "I will be worried if (Navya Naveli) plans to be an actor. I don't think it is as easy as it looks. You have to work extremely hard, especially if you are a woman. And I wonder if she has in her to bear with all of it."