How Jacqueline Fernandez Is Preparing for Karisma's Role In Judwaa 2 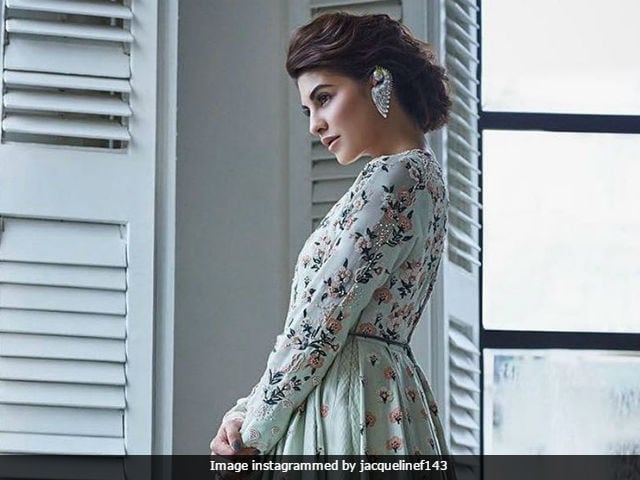 Judwaa 2 is scheduled to release in September this year (Image courtesy: jacquelinef143)

New Delhi: Jacqueline Fernandez is prepping up for her upcoming film Judwaa 2 co-starring Varun Dhawan, Taapsee Pannu. The 31-year-old actress will be playing Karisma Kapoor's role from the 1997 movie Judwaa. The Brothers actress told news agency IANS that she's binging on Karisma Kapoor's movies to get her act right. Judwaa, directed by David Dhawan, featured Salman Khan in a double role opposite Karisma Kapoor and Rambha. On being asked if Karisma has given her cues about the role, she said: "No, Karisma hasn't given me any tips. But I am watching a lot of her movies. She is an extremely amazing actress."

Judwaa 2 is scheduled to release in theatres in September this year. The film will see Varun Dhawan in a double role as estranged twins and Taapsee Pannu will be seen portraying Rambha's character.

Jacqueline Fernandez, who was last seen in 2016 movie A Flying Jatt, will be seen sharing the screen space with the Badlapur actor for the second time. The duo have previously worked in Dishoom along with John Abraham.

The Kick actress had recently made an appearance on Karan Johar's chat show Koffee With Karan along with Sidharth Malhotra. She will be sharing the screen space with the Kapoor & Sons actor in Reload. The movie is a prequel to the 2014 movie Bang Bang starring Hrithik Roshan and Katrina Kaif. The film is slated to release in August this year.

Promoted
Listen to the latest songs, only on JioSaavn.com
Jacqueline Fernandez is also working with filmmaker Chandran Rutnam in his next venture titled According to Mathew.