How Cute is This Pic of Kajol's Son Yug? This Much 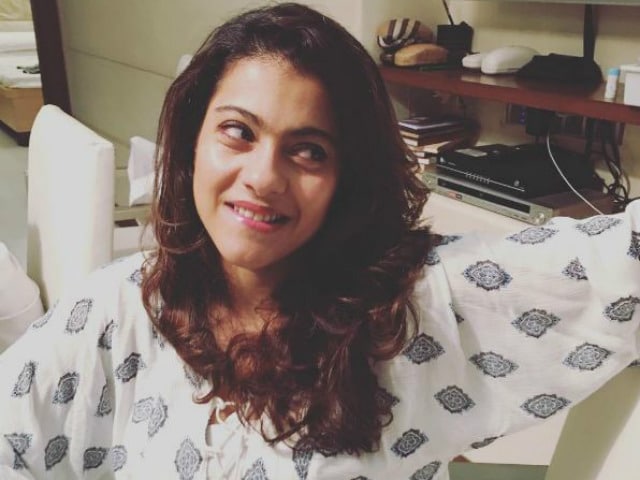 New Delhi: Actress Kajol, who punctuates her Instagram feed with pictures of her family - actor husband Ajay Devgn and her children - shared an adorable picture of her son Yug on Instagram on Monday. It appears that 5-year-old Yug is a huge fan of coffee. And, he was caught in the act by his mommy:

This Ramadan, let there be light.

Meanwhile, Ajay, who is busy shooting for his upcoming film Shivaay, posted a colourful family photo:

Earlier, Kajol also shared pictures of herself with her 13-year-old daughter Nysa:

spent the day being the good mother that my baby and my mom made me, to all moms everywhere

She's the chip on my shoulder, a chocolate chip

For another pic with Yug, we will tell you no more. Just see for yourself:

In the amount of time it took me to get him to sit still, the new iPhone would have released. PC: @nys05k