Hina Khan is off to London for vacation with her family 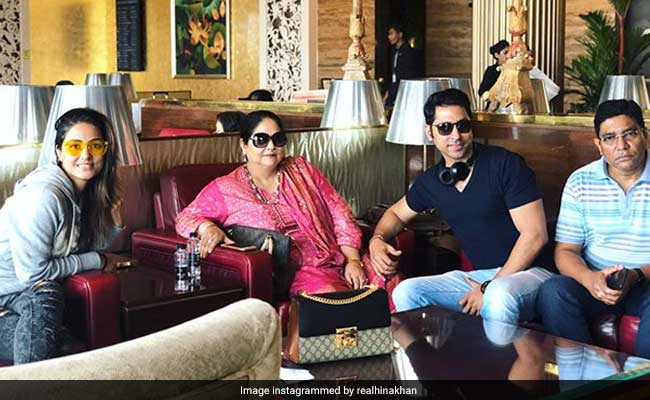 Hina Khan, who is off to London for vacation with her family, is really, really missing boyfriend Rocky Jaiswal. Hina shared several photos on Instagram, where she can be seen with her parents and brother. The photos appear to be from the waiting lounge of an airport. Hina Khan captioned the photos: "So the Khan Family is off to London. A much needed vacay after a very long time. She accompanied the post with the hashtags "#FamilyLove", "#Family", "#Home", "#Vacations", "#TheKhans." But Hina's boyfriend Rocky did not accompany her to London and the actress is clearly missing him. She shared several Instagram stories with "miss you" caption on it.

So the #KhanFamily is off to london A much needed vacay after a very long time.. #FamilyLove #Family #Home #Happiness #Vacations #TheKhans hurraaayyyyy

Rocky too is missing his special one back in Mumbai and he shared similar "miss you too" posts on Instagram story. 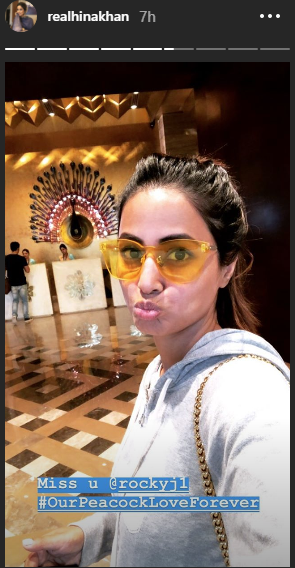 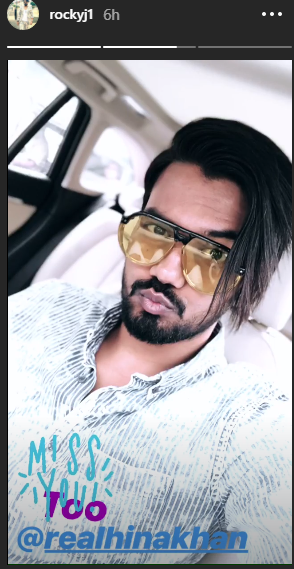 Rocky Jaiswal and Hina Khan have been dating for a while now. The couple is often spotted hanging out together with friends and family. In an earlier interview to IANS when Hina was asked about her wedding plan with Rocky, this is what the actress said: "Not at all. We have a long way to go. We just want to enjoy ourselves, but I am glad that it's finally out in public."

Hina Khan became a household name after featuring in television show Yeh Rishta Kya Kehlata Hai. She played the protagonist Akshara for seven year after which she quit the show. Hina Khan featured in two reality shows and two short films after quitting Yeh Rishta Kya Kehlata Hai. It was reported that she'll return to the small screen as the antagonist in Ekta Kapoor's show and she will reportedly be one of the highest paid actors on the show too. However, as of now neither Ekta nor Hina have confirmed the reports.