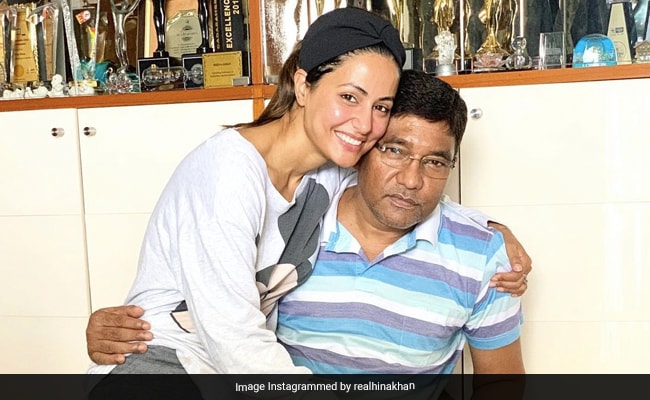 A throwback of Hina Khan with her dad. (courtesy realhinakhan)

TV star Hina Khan, who recently lost her father to cardiac arrest,  has changed her Instagram bio. It now reads "Daddy's Strong Girl." Earlier this week, the actress revealed that she will take a break of sorts from social media and that her accounts will be handled by her team. Her statement read, "My beloved father Aslam Khan left for heavenly abode on April 20. I am grateful to each one of you for checking in on me and my family during these tough times. While me and my family are mourning the loss, my social media accounts will be handled by my team for upcoming work commitments. Thank you for your support and love."

Hina recently contracted the virus and she shared the health update on her social media account. "In these extremely difficult and challenging times for me and my family, I have tested positive for COVID-19. Following the guidance of my doctors, I have home quarantined myself and taking all necessary precautions. Requesting everyone who came in contact with me to get themselves tested. All I need is your prayers. Be safe and take care," read her statement.