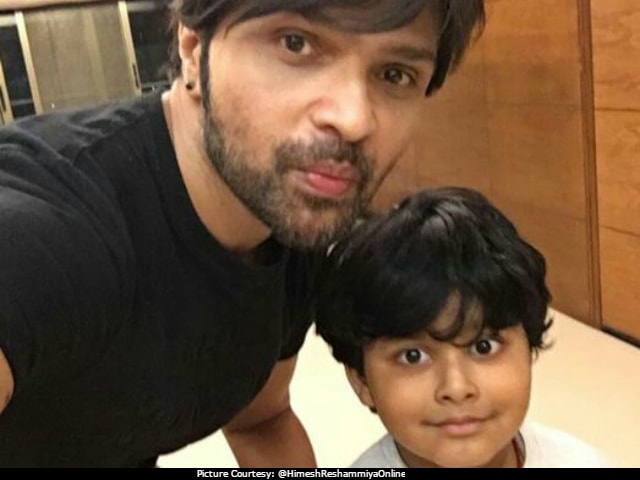 New Delhi: Singer and music director Himesh Reshammiya has signed five-year-old Jayesh Kumar, a contestant of the music reality show Sa Re Ga Ma Pa Li'l Champ, for a "special" song. Jayesh, who is a contestant of Sa Re Ga Ma Pa Li'l Champs Season 6 stunned the judges, including Himesh, when in a recent episode he recited Hanuman Chalisa on stage. The news agency IANS has quoted the Namastey London music director as saying, "After hearing him reciting the Hanuman Chalisa on stage I felt he could be the next big singer in the industry. That's why I have signed him for a special song." The singing reality show is also judged by Neha Kakkar and Javed Ali.

Himesh was amazed when the boy recited Hanuman Chalisa correctly and melodiously. The singer told IANS that: "I've sensed the potential of this child. If Jayesh's talent is honed correctly and guided in the right direction, he can soar to unimaginable heights." During the episode when Jayesh's mother was asked that how does he manages to remember the wordings so well, she said: "Jayesh has been gifted with an exceptionally sharp memory. He can remember any song's lyrics after hearing them just three or four times."

Himmesh Reshammiya, also shared a selfie with the little singer and wrote on Facebook: "Jayash Kumar - this 'lil champ from saregamapa has divine energy, thanks for making it the number one music show across all channels."