The actor is currently shooting for a Raj and DK web series. It will be Shahid's debut in the OTT world. 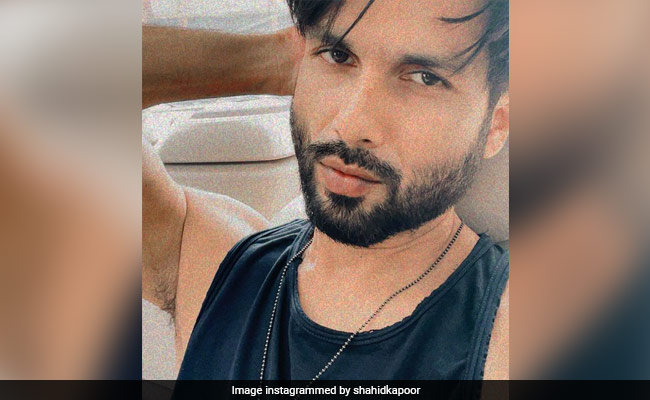 Actor Shahid Kapoor is back with a selfie to steal our hearts. His caption read, "Ain't no darkness that kills your inner light." As bright as his inner light is, his relationship with his wife remains undimmed even when distance apart. Mira Rajput peps it up often and this time, she got us hooked by comparing Shahid with the American reality TV star Kylie Jenner. As we sat dazed by Shahid's look in his black tank shirt, Mira Rajput conveniently left her comment, "Hi Kylie." None of us saw that coming and no one can unread it now. Instagram users commented with fire and heart emoji on Shahid's post. Mira Rajput's comment mostly received inevitable laughing emojis. 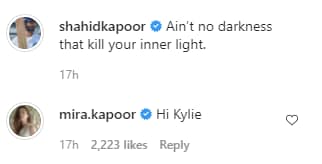 Shahid Kapoor also shared more selfies on Stories. In one of them, the actor is seen lip-syncing to Dua Lipa's Levitating while travelling by his car.

Apart from selfies, Shahid Kapoor was seen indulging in a good round of cricket. The actor posted a video where he is casually dressed between shoots and stood ready with a bat to hit the incoming ball. The slow-motion clip captured Shahid just when he makes the hit. The caption was a tale of "major missing" as he wrote, "Played some cricket after almost a year of being on Jersey sets." Jersey is a sports-based film. Shahid plays the role of a cricketer in this remake of a Telugu film by the same name. The role seems to have rubbed off well on him as we see in this video:

Shahid Kapoor is also busy shooting for Raj and DK's Amazon Prime series. This show will mark his debut in the OTT world. In this project, Shahid will share the frame with Raashii Khanna and Vijay Sethupathi. Shahid recently shared his excitement to work with them both but with a sense of humour. Here's what he wrote in one post, "Waiting on set, call me soon, Raj and DK…Can't wait to share the frame with Vijay Sethupathi. Sorry, Raashii Khanna, I have got too used to having you around on set." The actress took it in good humour and added that she too shared Shahid's excitement to work with Vijay Sethupathi. Well, Raj and DK were also quick to respond and they wrote, "Shot read. Let's roll."

Shahid Kapoor is surely having a good work-and-play time.