Hey Kajol, Ajay Devgn Will Not Forget His Wedding Anniversary This Year. Here's How 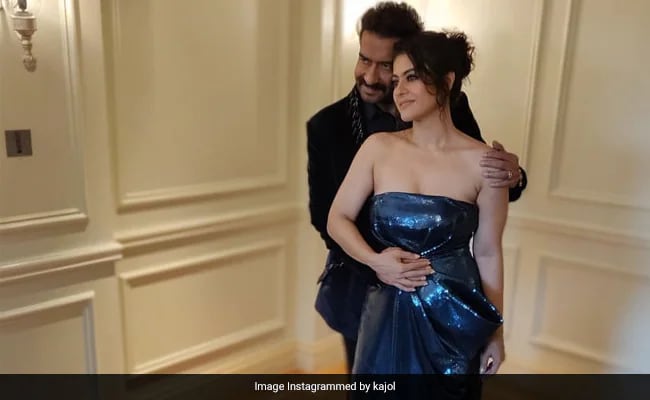 Ajay Devgn, just two days before his and Kajol's wedding anniversary, set a reminder on Instagram and it can't get more public than this. The actor, on Tuesday, shared a meme on his Instagram profile. In the meme, Ajay can be seen struggling to remember the wedding date. "22nd...23rd Feb 1999?" reads the text. The text placed under Kajol's picture reads: "24th Feb 1999." For the uninitiated, when the star couple appeared on Karan Johar's talk show Koffee With Karan 6, Ajay forgot his and Kajol's wedding date, after which the actress reminded him. This time, however, Ajay set a reminder on Instagram, a screenshot of which he even shared on his Instagram story and wrote: "Iss baar nahi bhooluga (will not forget this time)."

This is what Ajay Devgn posted:

This is what he shared on his Instagram story: 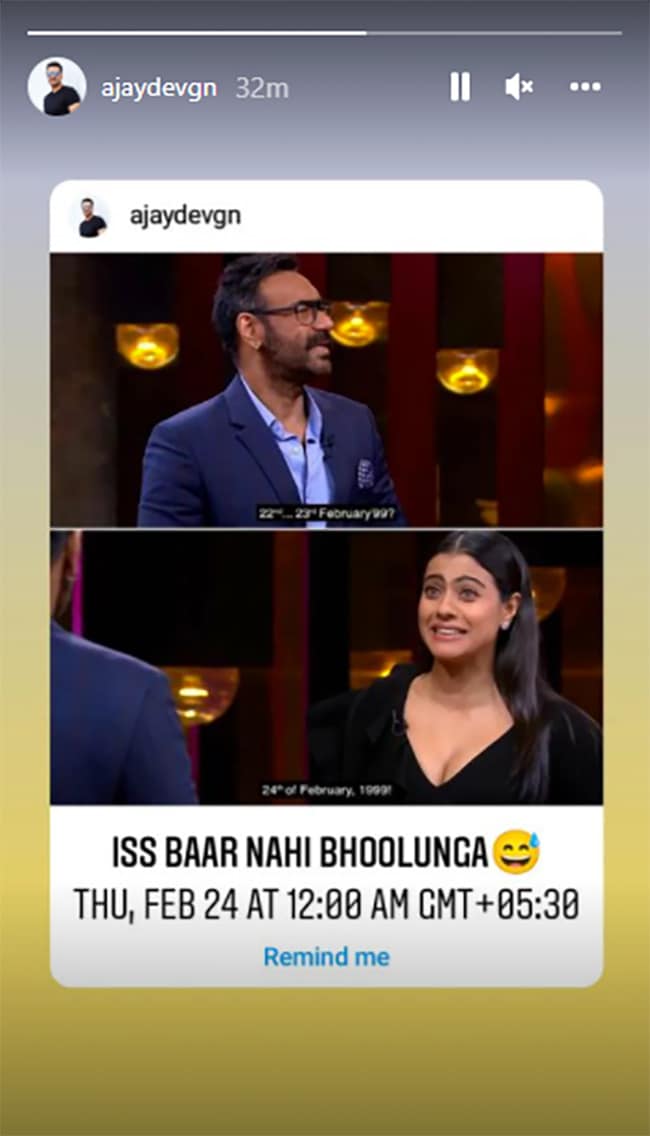 Kajol and Ajay Devgn met on the sets of Hulchul and later got married in the year 1999. They have worked together in several films such as Gundaraj, Ishq, Dil Kya Kare, Raju Chacha, Pyaar Toh Hona Hi Tha. The couple welcomed their daughter Nysa in 2003 and their son Yug was born in 2010. The couple were last seen together in the 2020 period drama Tanhaji: The Unsung Warrior, also starring Saif Ali Khan.

Kajol was last seen in the Netflix film Tribhanga, which marked her digital debut. Produced by Ajay Devgn, Tribhanga was directed by Renuka Sahane and it also starred Tanvi Azmi and Mithila Palkar. She will next be seen be seen in Revathy's Salaam Venky.

Ajay Devgn has a super busy schedule this year. His line-up of films includes the Sanjay Leela Bhansali-directed Gangubai Kathiawadi, with Alia Bhatt. The actor will also star in SS Rajamouli's RRR, with Ram Charan, Jr NTR and Alia Bhatt. He will also be seen in the sports drama Maidaan.

Last year, Ajay had a cameo appearance in Rohit Shetty's Sooryavanshi. He also featured in Bhuj: The Pride Of India and produced The Big Bull, starring Abhishek Bachchan.