Hey Janhvi Kapoor, This Actress Wants To Borrow Your Pants

Janhvi Kapoor makes a splash of colours on Instagram 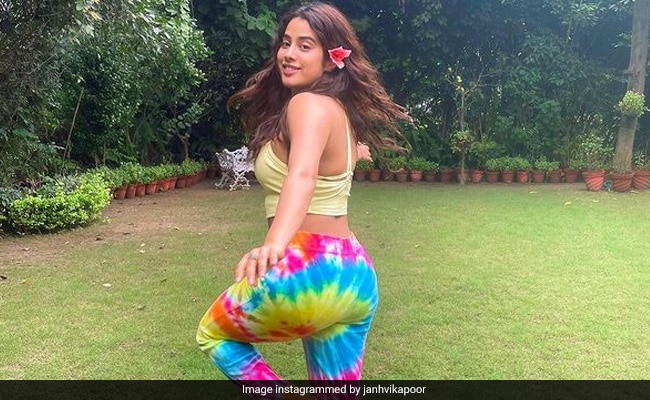 Janhvi Kapoor has been filling up the pages of her Instagram diary with sunning pictures, day-after-day. The actress' latest Instagram post happens to be all about nature. On Monday evening, she shared a set of fun-filled pictures from a garden of sorts. The actress can be seen happily posing in the garden, dressed in a yellow crop top that she paired with tie-and-dye pants. She styled her hair with a flower and she captioned the post: "Flower child. Child of the moon raised by the sun in a world walked by stars and a sky drawn with flowers." In the comments section of her post, Made In Heaven star Sobhita Dhulipala wrote: "Can I borrow these pants?" While we await Janhvi's response, check out the post here:

Over the weekend, the Dhadak actress shared pictures from a lush green location. She captioned it: "Les fleurs du mal." Take a look at the pictures here:

In terms of work, Janhvi Kapoor was last seen in the horror comedy Roohi, with Rajkummar Rao and Varun Sharma. The actress, who made her Bollywood debut with the 2018 film Dhadak, opposite Ishaan Khatter, has featured in films like Netflix's Ghost Stories and Gunjan Saxena: The Kargil Girl. Her line-up of film includes comedy Dostana 2, which was meant to star Kartik Aaryan earlier. The film's revised cast has not been announced as of now. She will also be seen in Good Luck Jerry.