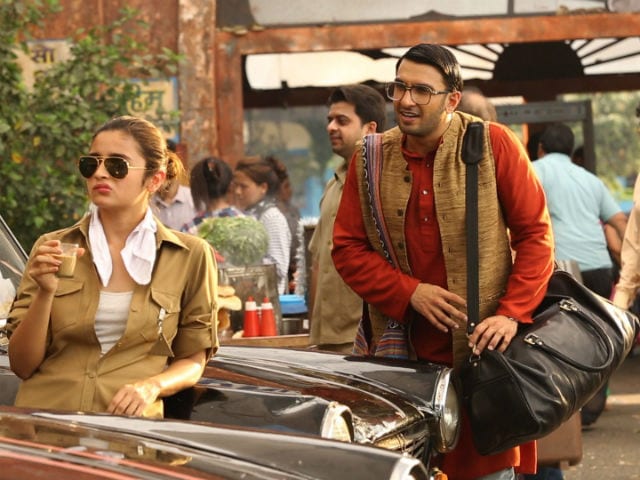 Ranveer Singh called Alia Bhatt a 'fine actor' in a video he posted on Twitter.

New Delhi: Ranveer Singh praised actress Alia Bhatt on social media for her performance in films such as - Kapoor and Sons, Udta Punjab and Dear Zindagi. The 31-year-old actor shared a video on social media on Thursday in which he called her a 'fine actor' and said he was looking forward to her upcoming films. Ranveer did praise Alia, but in his quirky andaz (we bet you knew that already). Alia Bhatt and Ranveer Singh will be coming together for the first time in Zoya Akhtar's next venture Gully Boy. The Humpty Sharma Ki Dulhania actress and the Gunday actor have featured in advertisements for a travel portal together. The shoot for Gully Boy is expected to start from November this year. The film is likely to be based on the lives of street rappers from Mumbai.

Ranveer Singh and Zoya Akhtar have attended a few sessions of two street rappers, Naezy and Divine while researching for the film.

The Band Baaja Baaraat actor has previously worked with the 44-year-old director in 2015 movie Dil Dhadakne Do. This will be Zoya Akhtar's second collaboration with the Bajirao Mastani actor.

Alia Bhatt who was last seen in 2016 movie Dear Zindagi with Shah Rukh Khan is busy with the promotions of her upcoming film Badrinath Ki Dulhania co-starring Varun Dhawan. The 23-year-old actress will also been seen sharing the screen space with Ranbir Kapoor in Ayan Mukerji's next venture, tentatively titled Dragon.