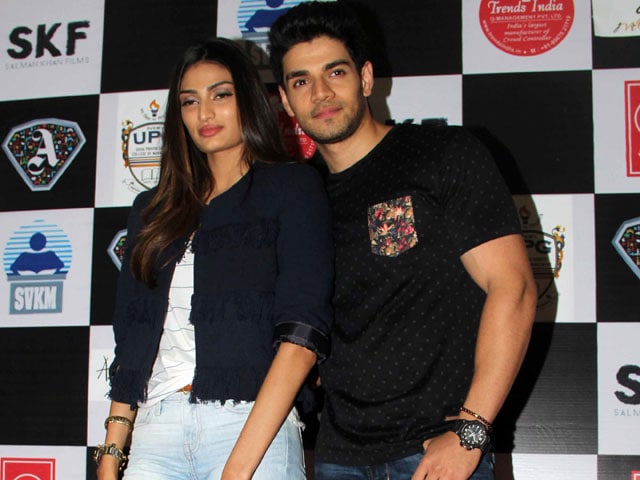 Mumbai: Actor Suraj Pancholi, who will make his debut in Bollywood with Hero, said that Salman Khan did not pressurize him or his co-star Athiya Shetty.

Hero has been co-produced by Salman and also marks the debut of Athiya in Bollywood.

"Salman sir has never put any pressure on us. He never instructed us to work in a specific manner, or to take inspiration from other guys. Obviously there is a pressure because we've got such a big film and he is backing us. We can't let him down and that's a pressure," said Suraj.

Suraj also said that he met Salman while he was working with Kabir Khan. "I was working with Kabir Khan on Ek Tha Tiger where I met Salman sir. And after shooting for 6-7 months in Turkey, we were about to complete the film. He came to my room at three on my birthday, and pulled me into his room and gave me a birthday gift which was Hero," said Suraj.

Athiya also explained how she got the role. (Also Read: Athiya Shetty: Don't Have the Words to Thank Salman Sir)

"I used to go to a gym in Bandra where I came across Salman sir's sister. And she told him about me and anyway they were looking for an actress opposite Suraj. He spoke to papa (Suniel Shetty) and the next thing I knew was that I was on sets of Hero," said Athiya.

Hero is a remake of Subhash Ghai's 1983 film of the same name, which featured Jackie Shroff and Meenakshi Seshadri in the lead roles.

The remake has been directed by Nikhil Advani and is scheduled to release on September 11.