The couple announced their second pregnancy in August last year 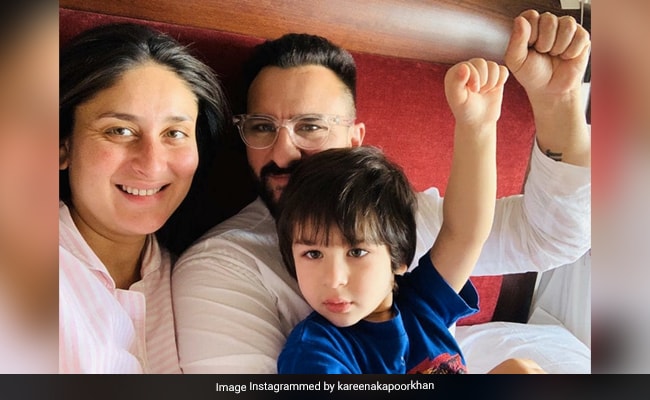 To all Kareena Kapoor fans, good news for you. The actress will welcome her second child with husband, actor Saif Ali Khan, next month. Yes, it is confirmed by none other than Saif. In an interview with Filmfare recently, Saif Ali Khan said that that the baby is due sometime in early February, and that both he and Kareena are a bit more chilled out during their second pregnancy. Kareena Kapoor and Saif Ali Khan are already parents to a son named Taimur, who was born on December 20 in 2016. The couple announced their second pregnancy in August last year.

According to Filmfare, Saif Ali Khan said that he does find having a second baby a bit frightening, but he is also excited to see little kids running around the house. Earlier, it was reported that Kareena's due date is in March.

In August, Kareena Kapoor and Saif Ali Khan released a joint statement announcing their pregnancy: "We are very pleased to announce that we are expecting an addition to our family. Thank you to all our well-wishers for all their love and support."

The actress has been sharing breathtaking pictures of herself from her maternity diaries. Check out some of those photos here:

Saif Ali Khan and Kareena Kapoor recently moved to their new house, a glimpse of which she also shared on her Instagram profile.

Saif Ali Khan was previously married to actress Amrita Singh. They are parents to a son named Ibrahim Ali Khan and daughter Sara Ali Khan, who is also a Bollywood actress.