Here's How Superstar Mohanlal Wished Son Pranav On His Birthday

"As you grow older, I only become prouder of the wonderful person you are turning into," wrote Mohanlal 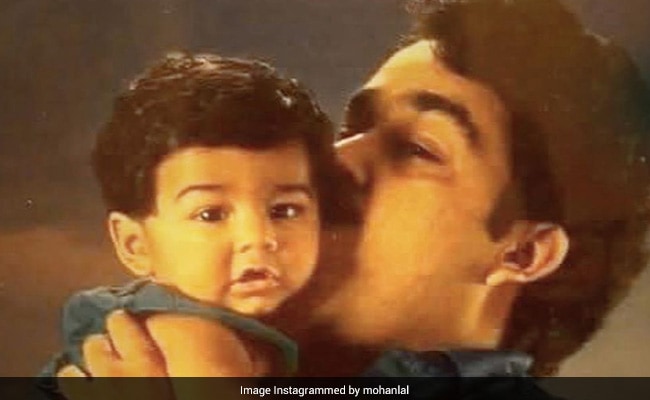 Aadhi actor Pranav Mohanlal turned 30 on Monday and on the occasion, his father, superstar Mohanlal, shared a very special post for him on social media. Mohanlal shared then-and-now photos of himself and Pranav aesthetically juxtaposed in a single frame and accompanied it with a sweet birthday note for his son. In the upper half of the photo, the Malayalam actor can be seen holding tiny Pranav in his arms and giving him a peck on his cheek while in the lower half, which appears to be a recent one, the duo can be seen happily posing for the camera.

In his birthday note, Mohanlal wrote: "My little man is not so little anymore.. As you grow older, I only become prouder of the wonderful person you are turning into... Happy birthday, Pranav Mohanlal."

My little man is not so little any more.. As you grow older, I only become prouder of the wonderful person you are turning into... Happy Birthday @pranavmohanlal . . . . . . . . #happybirthday #pranavmohanlal

Mohanlal and Pranav have worked together in several films, including 2018's Aadhi, with which Pranav made his debut as a leading actor. Pranav also starred as a child actor in Mohanlal's 2002 film Onnaman. The father-son duo will next be seen in Priyadarshan-directed epic-drama Marakkar: Arabikadalinte Simham.

Other than Marakkar, Mohanlal will also feature in the sequel to his 2013 hit Drishyam. The film will be directed by Jeetu Joseph, who, earlier this year, confirmed that the script of Drishyam 2 had already been written. On his birthday in May, the superstar even released the motion poster of the film. Mohanlal will also be seen in Jeetu Joseph-directed Ram.