"Mom Will Be Proud": Navya Nanda Did This To Impress Shweta Bachchan 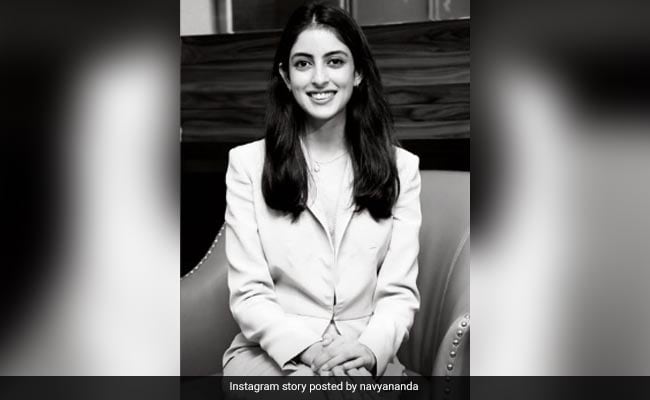 Navya Naveli Nanda and her mother Shweta Bachchan enjoy a large following on social media. As superstar Amitabh Bachchan's daughter, Shweta has always been the cynosure of all eyes and her daughter Navya has also been subjected to the same level of attention. But this doesn't stop the mom and daughter duo from having fun on social media, often making it to each other's Instagram timelines. A case in point is Navya's latest Instagram Stories. In it, the entrepreneur has shared a black and white image of herself seated on a chair, dressed in a power suit. But it is the caption that caught our eye. Navya said, “Mom will be proud I am sitting straight for once.” 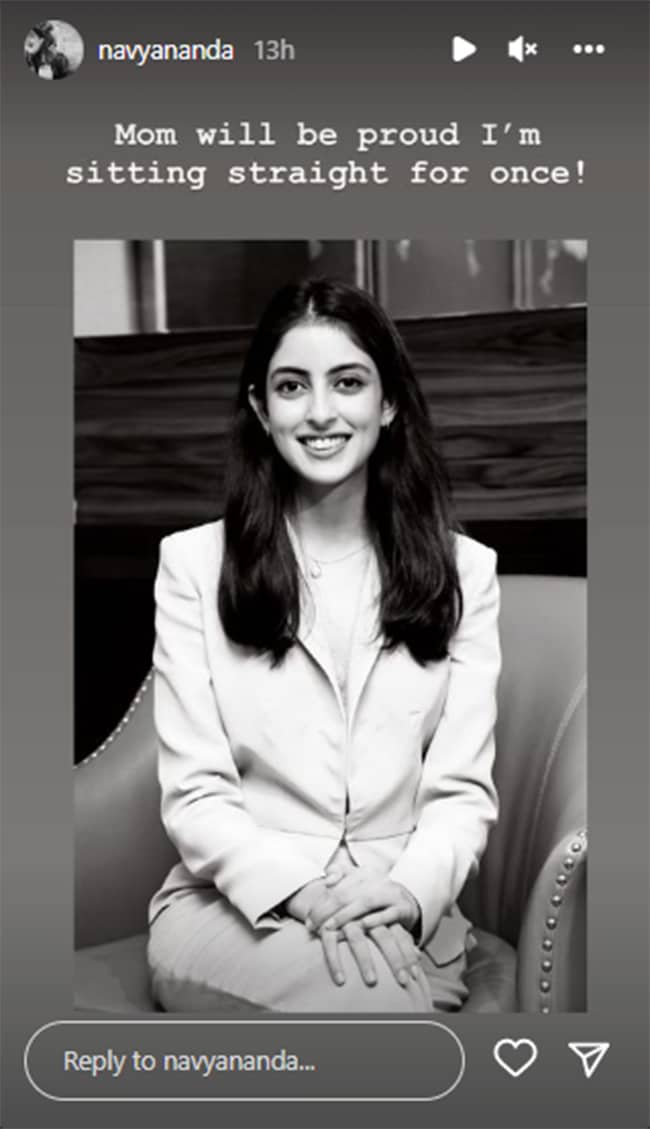 A few days ago, Navya Nanda had shared a video of herself playing the piano at home. Fans, friends and family of Navya praised her skills in the comments section of the post. The video keeps Navya's face hidden and focuses on her fingers alone. In the caption, Navya said, “When you need to block out the noise… create your own.”

Before that, Navya Nanda also dropped an image with her father, businessman Nikhil Nanda. With the geotag on the post pointing to Tokyo, Japan, Navya shared, “Just me and my dad exploring the world together,” with a heart emoji. Replying to the post, Shweta Bachchan said, “The cutest,” with a heart emoji. Neetu Kapoor wrote, “Too adorable, both of you,” with two heart emojis. Amitabh Bachchan, Navya's uncle, dropped a hug emoji.

In terms of work, Navya Nanda is the founder of Project Naveli and the co-owner of Aara Health.