"Naseer's performance was not just a performance," wrote Shekhar Kapur 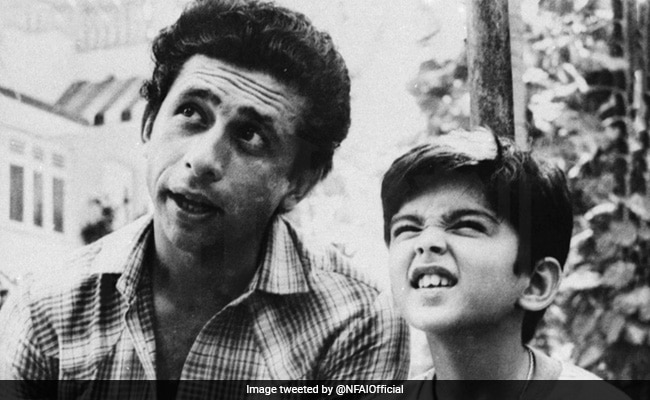 Filmmaker Shekhar Kapur reacted to a post shared by the official Twitter page of the National Film Archive of India, which was dedicated to his film Masoom. The tweet read, "Tujhse Naraz Nahin Zindagi Hairan Hu Mai, Tere Masoom Sawaalon Se Pareshan Hu Mai. Face of the week Naseeruddin Shah with Jugal Hansraj in Shekhar Kapur's Masoom. Shah movingly portrayed a guilt-ridden father and husband in this poignant film about fatherhood and relationships." Reacting to the tweet, the filmmaker wrote: "It was a really poignant moment in Masoom. Naseer's performance was not just a performance. It was a state of being. He didn't act. He just was."

It was a really poignant moment in #masoom. Naseer's performance was not just a performance. It was a state of being. He didn't act. He just was. https://t.co/J7Hpz9hj8u

The 1983 classic starring Naseeruddin Shah, Shabana Azmi and Urmila Matondkar, was a Hindi retelling of Erich Segal's bestseller Man, Woman And Chil. The film showcased the story of how the news of a man's love child creates havoc in the life of a happy family. Naseeruddin Shah played the father, while Shabana Azmi played his wife in the film. Masoom resonates with today's generation through its iconic songs like Tujhse Naraz Nahin Zindagi and (of course) Lakdi Ki Kaathi.

Other than Masoom, Shekhar Kapur is best-known for directing films such as Mr India, Bandit Queen and Elizabeth and Elizabeth: The Golden Age. He also had a recurring role in the TV series Khandan in the Eighties.

Naseeruddin Shah's filmography includes gems like Jaane Bhi Do Yaaro, Mandi, Masoom, Nishant, Sarfarosh, Iqbal, A Wednesday, Mohra, Ishqiya, The Dirty Picture, Zindagi Na Milegi Dobara and Monsoon Wedding. He has also worked in several international films such as Such A Long Journey, The Great New Wonderful and Mango Dreams. The thespian was last seen in the 2020 drama Mee Raqsam and before that in the Amazon Prime Video's musical Bandish Bandits. He has won three National Film Awards in his film career.