"He Comes To You With Arms Open": Saqib Saleem On '83 Co-Star Ranveer Singh 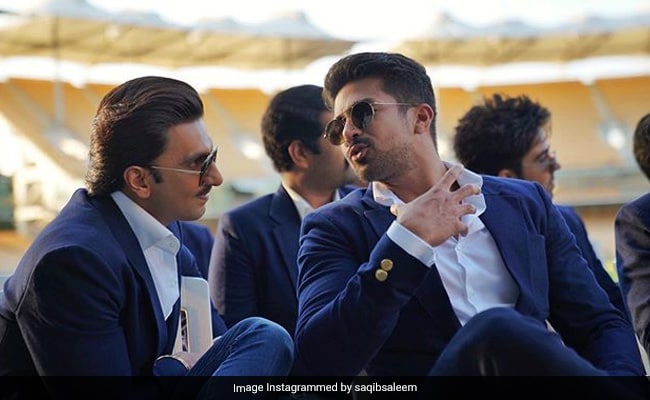 Saqib Saleem, who will next be seen in the upcoming sports drama '83, can't stop praising his co-star Ranveer Singh, who plays the role of veteran Indian cricketer Kapil Dev in the movie. '83 is based on India's historical 1983 Cricket World Cup victory which was captained by Kapil Dev. Saqib plays the role of Mohinder Amarnath, Vice-Captain of the then Indian cricket team. Speaking of his equation with Ranveer Singh, in an interview with news agency IANS, Saqib said, "Ranveer is such an easy guy that we didn't have to work on it. It just came so naturally because he is just a loving and open guy. He comes to you with arms open to hug you all the time, so he is that warm guy. I don't think we had to work on that equation at all."

Saqib added, "He made it very easy. I have to give him credit where it is due that he is one of the nicest and most co-operative co-stars anybody can work with. He is not only a good actor but he makes sure that the other actor also gives his 200 per cent. He always used to discuss scenes with other actors. So, he is very much alive in every scene and it really helped me while working with him."

A few weeks ago, Saqib shared few pictures on his Instagram profile featuring Ranveer Singh. Have a look :

Deepika Padukone plays the role of Kapil Dev's wife, Romi Bhatia in the film. Directed by Kabir Khan, '83 is slated to release on April 10.