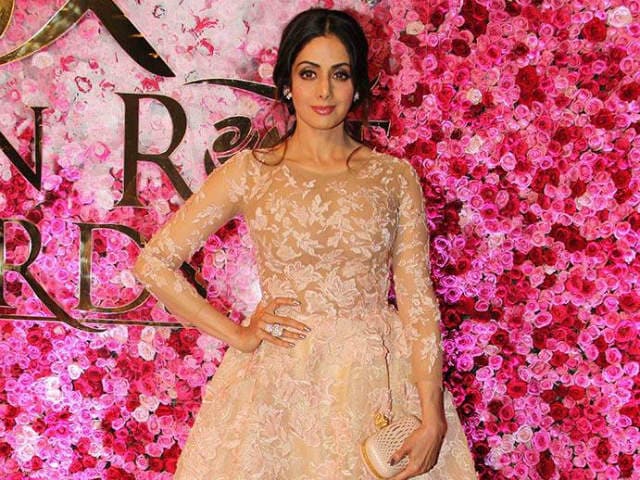 New Delhi: The harvest festival of Pongal is here and Southern stars are wishing their fans and followers with incessant tweets on Saturday. Pongal, the thanks-giving festival of South India, is celebrated from January 14 to January 16. The dates coincide with the last day of the month Maargazhi to the third day of the month Thai on the Tamil calendar. Celebrities from the Southern film industry - superstar Dhanush, Baahubali actress Tamannaah Bhatia and Magadheera star Kajal Aggarwal shared wishes galore on Twitter. Dhanush shared a tweet in Tamil while Kajal wrote: "Wish you and your family a very Happy and Prosperous Pongal, Sankranthi and Lohri." The day preceding the first day of Pongal is observed as Lohri in North India and celebrated as Magh Bihu in the North Eastern regions.

"May this day bring happiness, peace and prosperity in your lives," wrote Sridevi wrote on Twitter. Sridevi is the star of 2015 Tamil fantasy blockbuster Puli.

Here's wishing everyone a very Happy Sankranti, Pongal & Bohag Bihu. May this day bring happiness, peace and prosperity in your lives.

Rajinikanth's daughter Aishwaryaa, who is married to Dhanush, shared a sneak peek of her homely celebrations, starring mother Latha and Rajinikanth:

While dearest hubby @dhanushkraja n @soundaryaarajni have a shooting #pongal .we are making the most of our #pongalholiday love traditions! pic.twitter.com/6iQUjc1p5U

Wishing everyone a very happy #pongal#Sankranti.

Wish you and your family a very Happy and Prosperous Pongal / Sankranthi / Lohri pic.twitter.com/IZkGQkMTRo

What actor Riteish Deshmukh had to say:

Filmmaker-actor Farhan Akhtar addressed the harvest festival with each of their locally known names:

This is what Sridevi shared ahead of Pongal:

Wishing all of you a very Happy #Lohri and #Bhogi. #Sankranti. pic.twitter.com/UXVY4oSyQw

Meanwhile, the festive mood for Sankranti and Pongal was set by Shah Rukh Khan, merely days ahead of the festivals. Shah Rukh released a new song Udi Udi Jaye from Raees, which highlights the spirit of kite-flying as part of Makar Sankranti celebrations in North India.

Raees is set in Gujarat where the harvest festival is locally known as Uttaraayan. It stars Shah Rukh Khan as liquor baron Raees and Pakistani actress as his love interest. Udi Udi Jaye portrays the tradition of kite flying with colourful visuals and gradually proceeds into a garba dance session, starring Shah Rukh and Mahira. What makes Udi Udi Jaye special is that it marks Shah Rukh's debut garba performance onscreen.