The king of romance turns 56 today 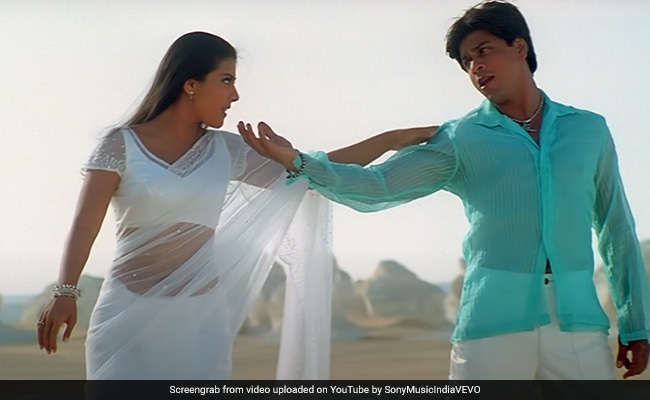 Happy birthday, Shah Rukh Khan. There are superstars and then there is Shah Rukh Khan. In the far-from-kind world of films, Shah Rukh Khan is an actor whose popularity stands unaffected by his box office successes and failures. From helping fans out with their love life on social media to doling out profound life advice with the ease of a philosopher, Shah Rukh Khan is a man of many talents. It is no surprise that he is called King Khan as he rules millions of hearts of cinema lovers in India and across the world. A unique part of Shah Rukh Khan's legacy is his tryst with love. Hailed as the king of romance, Shah Rukh Khan lent his characters a deep sense of dignity and empathy. And, now King Khan's brand of love is unique to him - one that is giving, empowering and magical. A large part of this success can be attributed to some stunning songs from the actor's films, which helped cement his position as a superstar for the ages.

Here is a list of 10 such songs you need to add to your playlist.

If there was one song that has become synonymous with Shah Rukh Khan it has to be this. With the ethereal Kajol by his side in the midst of a mustard field, Shah Rukh Khan made a generation fall in love.

A man singing about his mystery lover has never looked better than the time SRK grooved to this song atop a train. From AR Rahman's music to Gulzar's poetry to Sukhwinder Singh's inimitable voice, this is a classic. Can't forget the stunning visuals of Shah Rukh Khan and Malaika Arora dancing on the moving train.

On its release, Yeh Dil Deewana became an anthem for broken hearts and Shah Rukh Khan sincerity as a man at the doorstep of unattainable love has a lot to do with it.

Shah Rukh Khan, Kajol and Egypt. Need we say more? The iconic pair reunited on-screen to give us this ballad, which is a perfect pick if you want to slow dance with your partner no matter what the occasion.

Shah Rukh Khan is all about love and so is this song. This meet-cute song with Shah Rukh Khan and Juhi Chawla from Yes Boss just gets sweeter with time.

Shah Rukh Khan running away from love? Who would have thought? This hilarious number from Duplicate features Shah Rukh Khan with Sonali Bendre and Juhi Chawla as a man stuck between two gorgeous women.

7.Tere Naina (My Name Is Khan)

Shah Rukh Khan and Kajol come together once again in this lovely romantic song that has gained a cult status over the years. The lead pair's electrifying chemistry, Shankar-Ehsaan-Loy's music and Javed Akhtar's timeless lyrics make this song a must-have on your playlist.

Another classic that has become synonymous with Shah Rukh Khan is the title track of Kal Ho Naa Ho. As a man staring at death, Aman played by Shah Rukh Khan teaches those around him to live and love a little harder throughout the movie and this song, which is steeped in romance and love for life,  embodies Aman's message.

If the chivalry and charm of Shah Rukh Khan, the actor and all his characters, had to be represented by a song it would be Main Agar Kahoon from Om Shanti Om. It is a number that grows on you and stays with you forever.

Mitwa is a song picturised on two individuals, who are finding love outside of their marriage. And, while this can be a tough premise to empathise with, Shah Rukh Khan and Rani Mukerji's understated chemistry and quiet dignity made sure that this song was everyone's favourite love ballad for years to come. After all, who can resist the superstar with outstretched arms and dimpled smile?

While there are hundreds of songs to pick from, we are sure this list will keep you happy for a long time. Tell us which Shah Rukh Khan song has you grooving at the end of a long day.