Read inOther Languages
This Article is From Aug 23, 2018 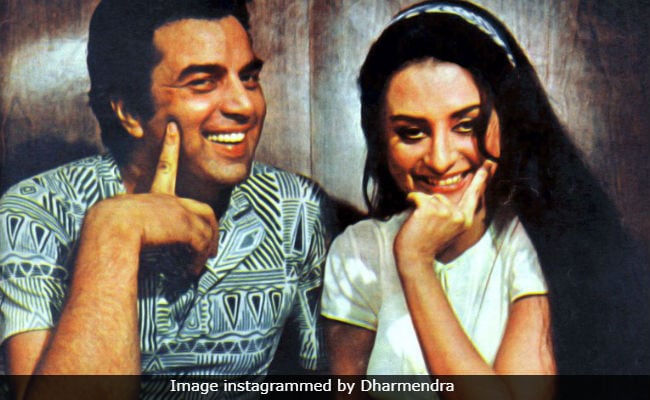 On Saira Banu's birthday, her co-star Dharmendra wished her on Twitter with two priceless throwback photos - one of them is a still from their 1975 film Saazish. "Happy birthday, dear Saira. Be happy, healthy and strong... Those lovely memories, missing you all, lots of love to you and Dilip sahib," Dharmendra wrote in two separate tweets. Saira Banu, who was among the top crop of actresses in the Sixties and the Seventies, has featured in 10 odd films with Dharmendra, including Ayee Milan Ki Bela (1964), Jwar Bhata (1973), Pocket Maar (1974), Chaitali (1975) and Aadmi Aur Insaan (1969) to name a few.

Take a look at Dharmendra's posts for Saira Banu here:

Those lovely memories, missing you all, lots of love to you and Dalip Sahib !!! pic.twitter.com/S6GjBmGN5F

Saira Banu was at the peak of her career when she married Dilip Kumar, 22 years her senior. Saira Banu was reportedly the third highest paid actress during the Sixties. In that decade she made films like Bluff Master with Shammi Kapoor and Padosan opposite Sunil Dutt. In the next decade, when she was apparently the fourth highest paid actress, Saira Banu featured in films such as Purab Aur Paschim with Manoj Kumar and Zameer with Amitabh Bachchan; and Bairag, Gopi and Sagina with Dilip Kumar.

Her last film was Faisla opposite Vinod Mehra, which completed in 1976 but released several years later in 1988.

Saira Banu rarely makes public appearances these days but she manages Dilip Kumar's official Twitter account through which she keeps the actor's fans updated about his health.