On Nagarjuna's Birthday, Here's A List Of His 5 Best Performances

Looking back at some of Nagarjuna's finest performances 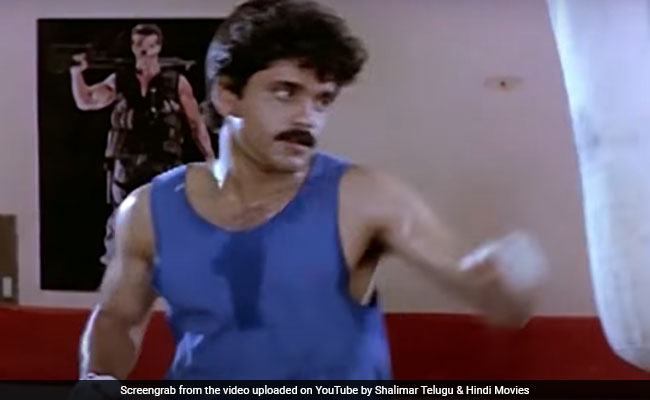 Happy birthday, Nagarjuna Akkineni. The charismatic star turns 62 today. One look at him and you will wonder what age-defying tricks Nagarjuna has up his sleeve as he continues to wow fans with his effortless charm and youthful vigour. Born to veteran actor Akkineni Nageswara Rao, Nagarjuna had the pressure of a celebrated legacy to live up to, but he did it with aplomb. In addition to being a successful star, Nagarjuna has garnered critical acclaim and awards for his performances.

On Nagarjuna's birthday, we have curated a list of five of his best performances that are bound to leave you impressed.

No surprises here. The film that catapulted Nagarjuna to superstardom was the biopic of the revered 15th-century composer Annamacharya. The film was a huge success and bagged eight Nandi Awards and two National Film Awards. It also fetched Nagarjuna a "Special Mention" at the National Awards.

Shiva, the directorial debut of Ram Gopal Varma, is considered by many to be his best film to date. Fans also argue that it is one of Nagarjuna's best performances. Set in the backdrop of conflict between college student Siva and Bhavani, the movie was a succinct take on the subject of exploitation of students by larger forces as a means to their end.

If there was ever a movie that cemented Nagarjuna's place as a romantic hero, it is Geethanjali. For the uninitiated, one could say that this is the 1989 Indian version of The Fault In Our Stars. Two terminally ill patients, who have made peace with the eventuality of death, find hope again as they fall in love. Directed by Mani Ratnam, the film had fans swooning over the star-crossed lovers. Released just months before Shiva, the film showed the audience Nagarjuna's range as an actor.

This film is a fan favourite thanks to the electrifying chemistry between Nagarjuna and Tabu. The movie, released in 1996, won the National Film Award for Best Feature Film in Telugu.

On the lines of Annamayya, Sri Ramadasu was another hagiographical film, based on the life of saint musician Bhadrachala Ramadasu. Nagarjuna's portrayal of the saint won him a state award.

The actor will soon be seen in Brahmastra, along with Ranbir Kapoor and Alia Bhatt, as well as Bangarraju with Ramya Krishna and Lavanya Tripathi.

Amala Akkineni's Birthday Wish For Husband Nagarjuna Is Everything