Happy Birthday, Asha Bhosle: 15 Of Our Favourite Songs To Listen On Repeat

On her 88th birthday, we look back at 15 of Asha Bhosle’s iconic songs that we cannot stop humming. 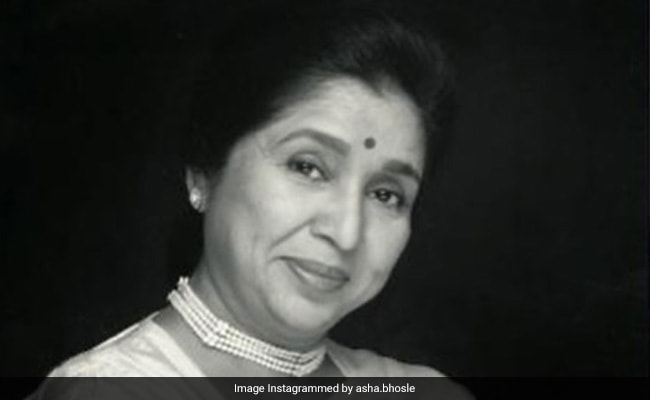 The legendary Asha Bhosle needs no introduction. Often referred to as a synonym for versatility, Asha Bhosle is a singer who has remained relevant through generations. Her craft and mellifluous voice has withstood the test of time and transcended the boundaries of languages. From hymns to hip-hop, Asha Bhosle has displayed an unparalleled range since her singing debut in 1943. Nearly seventy years later, she remains one of India's most loved voices. With over 11,000 songs in 20 different languages, she has gifted us tracks for every occasion.

On her 88th birthday, we are looking at 15 of the legendary singer's iconic tracks that refuse to leave our lips and hearts.

Has any song described the pain of separation as sweetly and poignantly as Abhi Na Jao Chodkar? We think not. The track from Hum Dono, released in 1961, remains a favourite decades later thanks to the mesmerising vocals of Asha Bhosle, Mohammed Rafi and the chemistry between Dev Anand and Sadhana.

The 1971 Bollywood film Hare Rama Hare Krishna remains relevant in pop culture even today. And a large part of the credit for this goes to Asha Bhosle's rendition of Dum Maro Dum featuring Zeenat Aman. The song has been recreated several times since, but the original remains as iconic as ever.

Asha Bhosle proved that she is a versatile singer throughout her career and Yeh Mera Dil is a mark of this. At a time when sensuous songs were an exception and not a norm, Asha Bhosle captured the nation's imagination with this one.

Another cracker from the Helen-Asha Bhosle collaboration, this song from Caravan has been a party hit for decades and we bet, it will continue to be so for a long time.

The success of Umrao Jaan hinged as much on Asha Bhosle's singing as it did on Rekha's performance. Asha Bhosle won the National Award for his song.

This song is another romantic favourite that has lasted the test of time. The iconic Kishore Kumar and Asha Bhosle singing for the charming Shashi Kapoor and Neetu Singh, need we say more?

The song features Shammi Kapoor and Sharmila Tagore in the picturesque Kashmir. The only thing more beautiful than this visual is the vocal rendition by Asha Bhosle and Mohammed Rafi.

The 1973 film gave all lovesick souls a song for the ages and ensured that Asha Bhosle's voice plays an indelible part in countless love stories.

We have another one from the film Umrao Jaan. This track is played every time Rekha appears as a guest on a reality show.

The 1965 classic is an all-time sangeet favourite. The song is all about being playful and Ashan Bhosle channels a mischievous mood through her lovely voice for this one.

This classic number is as sensuous as it gets. Asha Bhosle adds a sultry texture to her voice in this number making it a song that stays fresh and relevant even today.

This song has a cult status among music lovers for its unique and eccentric form. With lyrics by Gulzaar that don't seem to bend to the whims of tunes and music by RD Burman, Asha Bhosle made this song her own.

From Nutan to Urmila Matondkar, Asha Bhosle has sung hits for several Bollywood actresses. A case in point is Tanha Tanha from Rangeela, which is the perfect melange of youthfulness and spunk.

This song about the banter between Lord Krishna and his beloved Radha has been a favourite since Lagaan's release in 2001. Asha Bhosle perfectly channelled the tones of love and grievances that the track required.

This is one song that perfectly depicts the joy of falling in love and the realisation -- of the lack thereof -- of it. Sung beautifully by Asha Bhosle and Mohammed Rafi, this one will remind you of your first love.

We hope Asha Bhosle has the very best of birthdays and to you readers, we say happy listening.