Ananya Panday is filming Student Of The Year 2, which will open in theatres next year 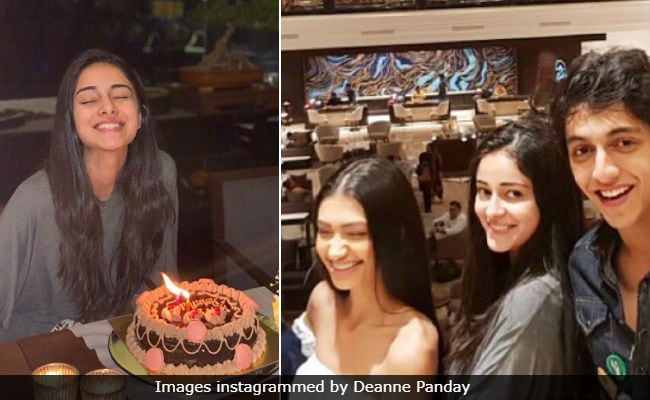 Ananya Panday, who turns 20-years-old today, started her birthday celebration on the eve of her big day surrounded by her family. Ananya's aunt Deanne Panday shared pictures from the gathering on Instagram, which prove that Ananya is the 'princess' of her family. Chunky Panday, Bhavana and their younger daughter Rysa along with Chunky's brother Chikki Panday and his wife Deanne and their children Alanna and Ahaan Panday all converged to sing the birthday song for the Student Of The Year 2 actress. "The Pandays for Ananya Panday's 20th, love you princess, happy birthday," Deanne captioned the post.

Ananya's pictures with Rysa and her cousins Alanna and Ahaan were the highlight of the post. The quartet looked very happy and excited together.

Here are some fabulous photos from Ananya's private party:

For her birthday, Ananya's mother gave her a Labrador puppy as gift. Ananya shared pictures of her early birthday present with her Instafam. A day before Ananya's birthday, Bhavana also shared a special post for her daughter:

Ananya Panday is the elder of Chunky and Bhavna Panday's two daughters. Ananya, now 20, has already started filming her Bollywood debut film - Karan Johar's Student Of The Year 2, in which she's been cast opposite Tiger Shroff. The film is directed by Punit Malhotra and it also stars Tara Sutaria, who is a former Disney India star.

Student Of The Year 2 was initially expected to release in November, however, the film's release date has been postponed to May 2019.