Weekend Binge: 5 Horror Movies To Watch On OTT Ahead Of Halloween

Oh, and not to miss, the hair-rising and eerie music will definitely give you goosebumps 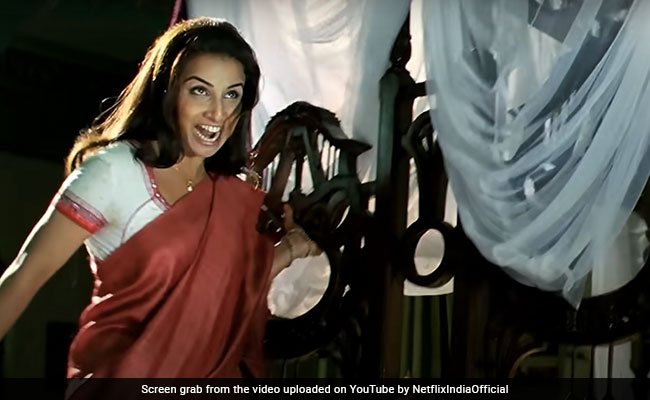 Boo! Halloween is almost here and we can't keep calm. It's the time to put on spooky costumes and scare your family and friends. From narrating bone-chilling stories to watching horror movies, the guide to having a blast on Halloween is entertaining, as well as engaging. When discussing frightening stories, one simply cannot overlook Bollywood films that keep you glued to the screen with their captivating stories. From Triptii Dimri's Bulbbul and Anushka Sharma's Pari to Shraddha Kapoor's Stree, some stories will make your Halloween week memorable with their unforgettable jump scares. Oh, and not to miss, the hair-rising and eerie music will definitely give you goosebumps. So, are you ready? Take a look at the list of 5 Hindi horror movies here:

This cult horror film is always a delight to watch. Laced with great humour and comic timing, this movie stars Akshay Kumar, Vidya Balan and Shiney Ahuja in the lead roles. It shows the story of Siddharth Chaturvedi and his wife Avni Chaturvedi who return to their ancestral home, which is considered haunted, from the US for some time. When mysterious and life-threatening incidents start taking place in the house, Siddharth calls his psychiatrist friend to solve the matter. Performances by Rajpal Yadav, Paresh Rawal, Asrani and Manoj Joshi made this Priyadarshan directorial a laugh riot. It released in 2007.

A love story of a tailor and a ghost – that's how you can sum up the plot in a few words. Directed by Amar Kaushik, this horror-comedy is about a small-town guy falling in love with a woman who visits his town once every year. He teams up with her to solve the mystery behind the abduction of men in his town by a female spirit. The catch here? The woman is a witch. Spooky, right? The 2018 film stars Rajkummar Rao and Shraddha Kapoor in the lead roles.

"Ek chudail thi, pedo pe rehti thi, ulte per the uske, khun ki pyaasi thi" – we couldn't help but start with this spooky dialogue from Bulbbul. The Anvita Dutt Guptan-directed film is a much-watch on Halloween. Produced by Anushka Sharma, this supernatural film is set in 19th-century Bengal and is a treat for those who love folklore. It stars Triptii Dimri, Avinash Tiwary, Rahul Bose and Paoli Dam, among others.

This horror mystery is not for the faint-hearted and is definitely not a fairy tale. Anushka Sharma plays the role of a woman possessed by a devil. The film, which also features Parambrata Chatterjee and Rajat Kapoor, will send shivers down your spine.

Prithvi (played by Vicky Kaushal) decides to dig out the mysteries of a haunted ship washed ashore in Mumbai. Battling with his past, the shipping officer has no clue about the supernatural events that await him on the ghost ship. The film, which was released in 2020, also features Bhumi Pednekar and Ashutosh Rana.

So, wear your favourite Halloween costume, grab a bucket of popcorn and end your Halloween week with these spooky films.