'Ranveer Singh, Loving What You're Doing With Gully Boy:' Will Smith's Special Message For The Actor

"Yo, Ranveer Singh! Congrats. I'm loving what you're doing with Gully Boy," Will Smith said 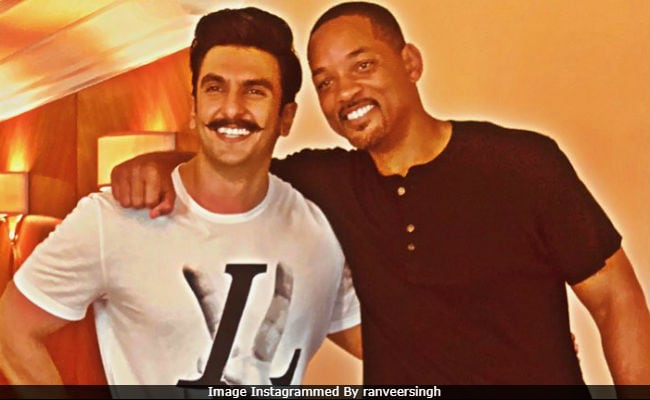 Hollywood star Will Smith shared a special video message for actor Ranveer Singh and his new film Gully Boy and said he is 'loving it.' On his Instagram stories, Will Smith shared two brief videos for Ranveer with a few stills from the song Apna Time Aayega. "Yo, Ranveer! Congrats, man. I'm loving what you're doing with Gully Boy. For me, old school hip-hop here scene... hip-hop all over the world, like that I'm loving it man. Congrats. Go get them," the 50-year-old actor says in the video, which has also been curated by several of Ranveer's fan clubs. Ranveer's Gully Boy co-star Alia Bhatt and director Zoya Akhtar shared Will's post on their respective Instagram stories. "I love Will Smith," wrote Zoya.

Hey, Ranveer Singh, here's Will Smith's message for you!

When Will Smith visited India in October 2018 for a summit, he met Ranveer Singh and Karan Johar beside other stars and "learnt the ropes of Bollywood from them." Here's what he had posted.

Learning the ropes of Bollywood from two of the best in the game! @karanjohar & @ranveersingh. : @alansilfen

Gully Boy has generated huge interest internationally. Before the film's release, DJ Diplo gave a shout out to Ranveer on social media and so did Fast And Furious actress Michelle Rodriguez. Gully Boy was also premiered at the Berlin Film Festival and received a tumultuous response.

Meanwhile, Gully Boy opened to fabulous reviews on Thursday and also got a huge response at the box office. In just a day, the film collected over Rs 18 crore.

Gully Boy tracks the story of Murad (Ranveer), a struggling rapper from the slums of Mumbai, who makes a name for himself in the hip-hop world. Alia plays Safeena, a medical student and Ranveer's love interest. Gully Boy is inspired by the lives and work of rappers Naezy and Divine, who have also contributed to the film's music.