Gully Boy: Alia Bhatt And Ranveer Singh Just Reminded Us Of The ROFL Nicknames They Have For Each Other

Check out Lulu and Tutu posing together here 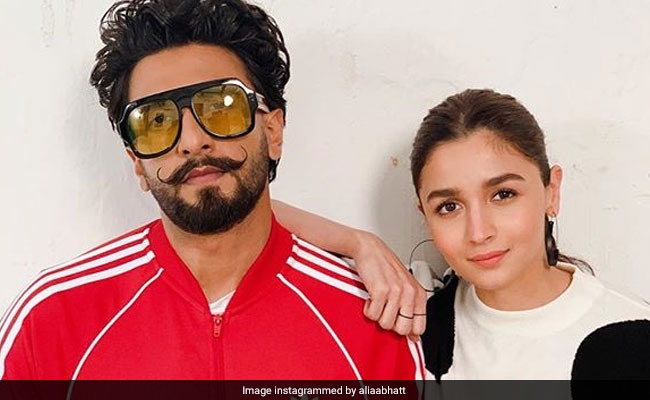 There's time for Gully Boy to release but ahead of that, let's take a look at an adorable photo of Alia Bhatt and Ranveer Singh. The 25-year-old actress recently Instagrammed a swag-loaded photo of herself with the Gully Boy and captioned it with the nicknames that the two have assigned each other. "Luls and Tuts," she wrote. Alia actually addresses Ranveer as Tutu while the 33-year-old actor calls her Lulu. Shared on Tuesday evening, Alia and Ranveer's photo garnered over a million likes in just 10 hours! Ranveer also left a comment on the photo and wrote: "Homiez" while their Gully Boy director Zoya Akhtar said: "Puppies."

Check out Lulu and Tutu posing together here:

Fans were introduced to Lulu and Tutu during a Twitter conversation in April, when Alia wished a speedy recovery to Ranveer for his shoulder injury. "Wishing you a speedy recovery Tutu," Alia wrote after Ranveer hurt his left shoulder during a football match. "Thanks Lulu," he replied.

However, this is not the first time that Ranveer and Alia's Instagram photos went crazy viral. Their photos are always "ek number" after all!

They walked the ramp together for a Manish Malhotra show once and the Internet simply loved to see them together.

Directed by Zoya Akhtar, Gully Boy tracks the story of a struggling rapper, who hails from the Mumbai slums and aims to shine bright in the world of Indian hip hop. Said to be inspired by Indian rapper Divine, the protagonist is played by Ranveer. Alia has been cast as his love interest, a feisty medical student.