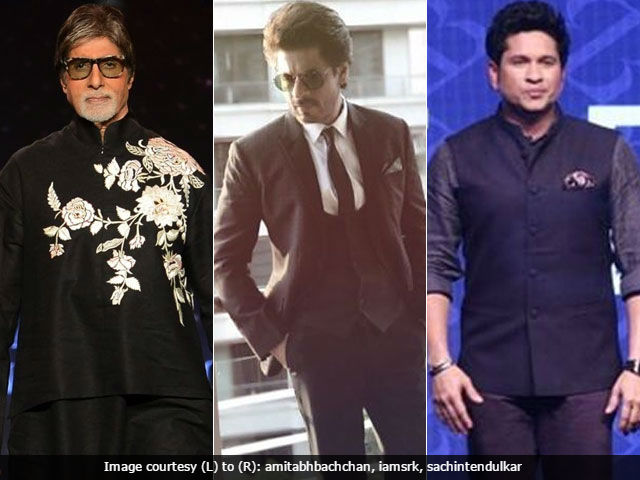 New Delhi: On the occasion of Gudi Padwa, celebrities like Amitabh Bachchan, Shah Rukh Khan, Madhuri Dixit, Jacqueline Fernandez, Arjun Rampal, Sonali Bendre and Sachin Tendulkar sent out good wishes to their fans on social media. Gudi Padwa, the Maharashtrian festival, is celebrated as Yugadi in Karnataka, Ugadi in Telangana, Navreh in Kashmir and Cheti Chand by Sindhis. This festival marks the New Year in the Hindu lunisolar calendar. In Maharashtra, a gudi (doll), created with a bamboo stick, mango leaves, neem and adorned with a red garland, is placed outside the house, a window or a door. A silver or copper or silver pot is used to create its face and is decorated with green or red cloth.

Shah Rukh Khan also extended his wishes to his fans on Twitter. The Raees actor wrote: "Success, love and prosperity to all on the auspicious occasion of Gudi Padwa. #GudiPadwa(sic)."

Success, love and prosperity to all on the auspicious occasion of Gudi Padwa... #GudiPadwa

Jacqueline Fernandez, who is currently busy shooting for Karan Johar's film Drive along with Sushant Singh Rajput, wished everyone 'a brilliant start to the new year' on Twitter.

Here's wishing everyone a brilliant start to the new year! #gudipadwa#ugadi#chetichand

Actress Sonali Bendre posted a picture of herself posing with a tiny gudi. See her picture below:

Absolutely love this adorably tiny Gudi I received today! Traditionally, #GudiPadwa is the Maharashtrian New Year, and the Gudi is believed to ward off evil and invite prosperity and good luck into the house. Wishing everyone a very happy Gudi Padwa!

Cricketer Sachin Tendulkar posted a video on Twitter wishing his fans. In the video, he can be seen performing the Pooja along with his wife.

Promoted
Listen to the latest songs, only on JioSaavn.com
Check out the posts by other Bollywood celebrities below:

Happy Gudi Padwa. May the new moon and new year bring peace and prosperity to all. #gudipadwahttps://t.co/eoiLDbdiII

#HappyGudiPadwa my lovelies,may the new year and season bring in a lot of health,wealth and prosperity

Wish you all a very Happy Gudi Padwa. May this new year bring happiness, prosperity and peace to all. #GudiPadwa