"I have made a movie inspired by the life of Vijay Mallya, and Govinda is in the main lead," Pahlaj Nihalani said 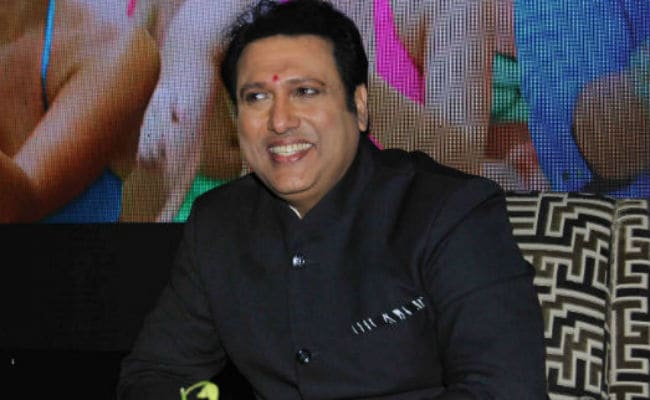 New Delhi: Bollywood actor Govinda will play embattled business tycoon Vijay Mallya in a film directed by former CFBC chairperson Pahlaj Nihalani. (Yes, you read that right)."I have made a movie inspired by the life of Vijay Mallya, and Govinda is in the main lead, audiences will be surprised to see his new avatar. The movie will be completely entertaining," Mr Nihalani told news agency ANI. Earlier this month, it was reported that the film is titled Rangeela Raja. Vijay Mallya, 62, the founder of Kingfisher Airlines, is wanted in India over fraud and money-laundering charges amounting to around Rs 9,000 crore. A court in London is hearing the case and latest reports suggest that he would be regarded as a 'fugitive from justice.' He left India in 2016.

I have made a movie inspired by the life of Vijay Mallya, and Govinda is in the main lead, audiences will be surprised to see his new avataar. The movie will be completely entertaining: Pahlaj Nihalani, producer & director pic.twitter.com/prYo6ZqQUK

Pahlaj Nihalani had launched Govinda in Ilzaam in 1986. He had earlier divulged details about the project to IANS and said, "Unlike the streetwise comic characters, Govinda is famous for, he plays a very sophisticated character in Rangeela Raja." Also, three new heroines will be launched opposite Govinda in the film.

Deccan Chroincle reports that Mr Nihalani has already shot a song-and-dance sequence with Govinda for the film. "Not the Mallya card, the Mallya calendar. The entire look, feel, appearance and rhythm of the song sequence are based on the Kingfisher calendars. As for Govinda playing Mallya, let's keep the suspense going. I am neither denying nor admitting it. All I can say is that Govinda plays a man who is the biggest scamster of our times. Need I say more?" he told Deccan Chronicle.

Pahlaj Nihalani had a controversial tenure as CBFC chairperson and in August last year, he was replaced by lyricist Prasoon Joshi.

Promoted
Listen to the latest songs, only on JioSaavn.com
Meanwhile, Govinda's upcoming film is Fry Day, in which he co-stars with Varun Sharma.

(With ANI and IANS inputs)