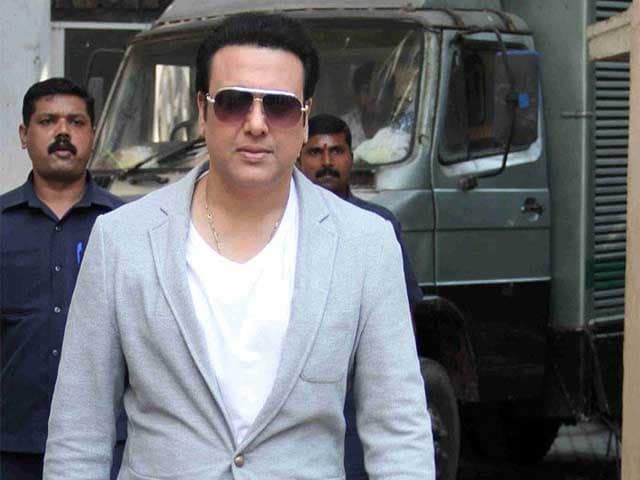 New Delhi: The Supreme Court on Monday advised Bollywood actor Govinda to apologise to a person who had lodged a complaint accusing the actor of 'slapping and intimidating' him in 2008. (Also Read: Govinda Won't Promote Jagga Jasoos, Says 'Nobody Allowed to Defame me')

"You are a big hero, show your big heart," a bench headed by Justice T S Thakur said, while urging the actor settle the dispute with complainant Santosh Rai.

Mr Rai has appealed against the Bombay High Court's decision quashing his complaint against Govinda, saying there was no material against the actor that showed 'criminal intimidation.'

The Supreme Court bench, which included Justice V Gopala Gowda, watched the video clip of the incident on a mobile phone and suggested that the actor apologise to Mr Rai.

The court said a film star should not indulge in 'fighting in a public place.'

"The actor does not need to do in real life what he does in reel life," it added.

"We enjoy your films, but cannot tolerate you slapping somebody," it said and fixed February 9 as the next date of hearing of Mr Rai's appeal.

The High Court, in 2013, had quashed that private complaint that Santosh Rai had made against Govinda made before a metropolitan court in Mumbai.

Santosh Rai had on February 2, 2009, filed the complaint under sections 323 (Punishment for voluntarily causing hurt), 504 (Intentional insult with intent to provoke breach of peace) and 506 (1) (Criminal intimidation) of the IPC.

The complaint was filed after the actor allegedly slapped him on a visit to his film sets on January 16, 2008.

Govinda had approached the High Court seeking quashing of the proceedings initiated against him by the metropolitan magistrate's court.

"The magistrate could not have taken cognizance of offences committed under section 323 and 504 as the complaint was filed a year after the incident allegedly occurred.

Regarding section 506 (1) (criminal intimidation) the court should have first determined if there is prima facie material to prove it," the High Court had said.

"No doubt some incident had occurred. However, there is no material to prove criminal intimidation. It appears that the complainant was instigated to file the complaint after a year," it had added.