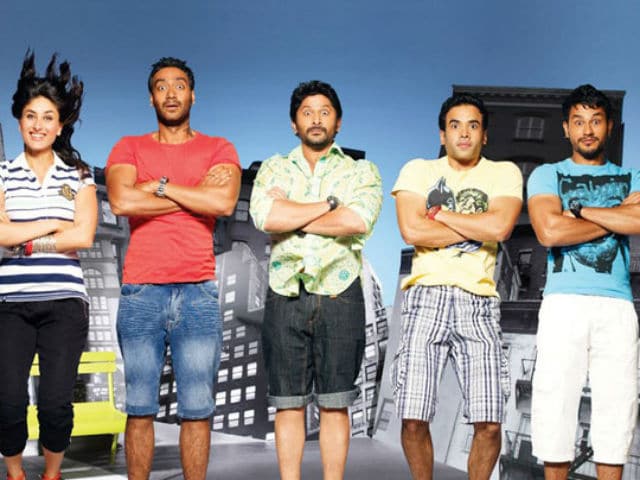 A still from Golmaal 3

New Delhi: Actor Ajay Devgn will reunite with filmmaker Rohit Shetty for the fourth film in the hit Golmaal series. The film will release on Diwali 2017.

Golmaal 4 is announced!! Finally another #Golmaal Cannot wait for it it's surely gonna be a blockbuster! #GolmaalAgainDiwali2017@ajaydevgn

There was also some speculation over the female lead. Deepika Padukone - who Rohit Shetty directed in Chennai Express - and Kareena Kapoor - star of the second Golmaal film - were invoked hopefully.

I wish Deepika Or Kareena star opposite you @ajaydevgn#GolmaalAgainDiwali2017

With the Dhoom, Krrish and Dabangg films, the Golmaal franchise is one of the highest-grossing Bollywood series.