Golden Globes 2019: A Star Is Born, If Beale Street Could Talk Expected To Lead Nominations

A Star Is Born stars Bradley Cooper, who also directed the film, and Lady Gaga 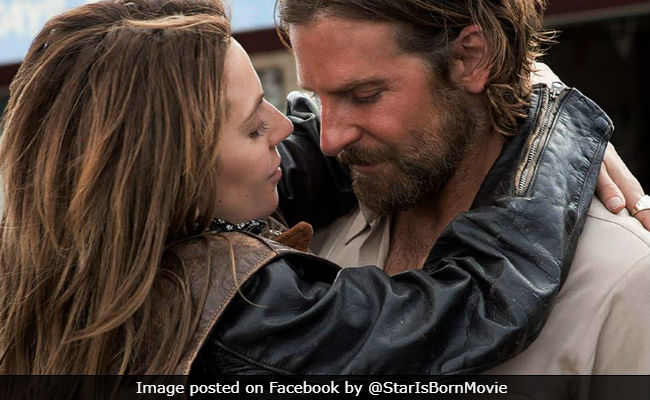 A Star Is Born is expected to top the nominations with nine nods. (Image courtesy: Facebook)

Hollywood's annual carnival of awards shows begins Thursday with the nominations for the Golden Globes - the starting gun in the race for the Oscars. The announcements, which come a week before the influential Screen Actors Guild nominations, are the first major bellwether of momentum going into the Academy Awards, which take place in February. Awards analysis website Gold Derby predicts that music romance reboot A Star Is Born and If Beale Street Could Talk - a tale of black love adapted from a James Baldwin novel - will top the nominations with nine each.

A Star Is Born stars Bradley Cooper, who also directed the film, and Lady Gaga, who are also expected to pick up nominations for their portrayal of an aging rocker and the young ingenue who unite on stage and in life.

"A Star Is Born should dominate with nominations at the Globes and Oscars," Gold Derby managing director Chris Beachum told AFP.

Beale Street - the latest film from Barry Jenkins, who directed the best picture Oscar-winning Moonlight - tells the story of a young black couple in love in 1970s Harlem, and the obstacles in their path.

Beyond the frontrunners, a slew of biopics are in the mix - First Man, the intimate recounting of Neil Armstrong's moon landing; Dick Cheney film Vice; and Bohemian Rhapsody, about Queen frontman Freddie Mercury.

Spike Lee's BlacKkKlansman, the true story of a black police officer who infiltrated the Ku Klux Klan with the help of a white partner, is also expected to receive recognition in the drama categories.

Another theme this season is the ravages of addiction, with Beautiful Boy star Timothee Chalamet - an Oscar and Globe nominee for Call Me By Your Name (2017), tipped to earn a nod for playing a meth addict.

A Wealth Of Options

Last year, Tinseltown was looking to turn the page on the Harvey Weinstein scandal that engulfed the world of showbiz.

This year, the focus is squarely on the films.

The Golden Globes feature separate awards for dramas and musicals/comedies - meaning more nominations, and a chance for Oscar voters to consider a wider range of performances before they get their ballots.

The members of the Hollywood Foreign Press Association, who vote on the winners, also have a tendency to honor the unexpected.

A Star Is Born and Bohemian Rhapsody will compete in the drama categories, seeking to firmly establish their position before the Oscars.

Roma, the latest from Alfonso Cuaron, is eligible in the foreign film category, but the Mexican filmmaker (Gravity) could get the nod for best director.

In the musical/comedy categories, the frontrunner is - appropriately enough - The Favourite. The offbeat tale of royal deception and lust stars a powerhouse trio of actresses - Olivia Colman as Queen Anne, and Rachel Weisz and Emma Stone as the women vying for her attentions.

Another top prospect is Green Book, an offbeat comedy about a black classical pianist in 1960s America who hires an Italian-American bouncer as his driver for a tour of the racially divided South.

Oscar-winner Mahershala Ali and Viggo Mortenson are both expected to earn nominations.

The Globes also honor the best in television - it can feel a bit redundant after the Emmys in September, with many of the nominees mimicking the past Emmy field.

They also can look ahead to programs that aired too late for Emmys contention, like the dark HBO mini-series Sharp Objects, Amazon drama Homecoming starring Julia Roberts, and Netflix's offbeat Maniac with Emma Stone and Jonah Hill.

Of course, familiar top dramas like The Handmaid's Tale, The Americans and This Is Us will also be recognised.

The 76th Golden Globes take place on Sunday, January 6 in Beverly Hills. The Oscar nominations come after the Globes this year, on January 22.

Hosting the gala will be actress Sandra Oh, who could score a nomination herself for acclaimed TV drama Killing Eve, and comedian Andy Samberg, organisers announced Wednesday.