A Star Is Born Movie Review: Instantly appealing because of the the wonderfully energetic presence of Lady Gaga in her first screen role. 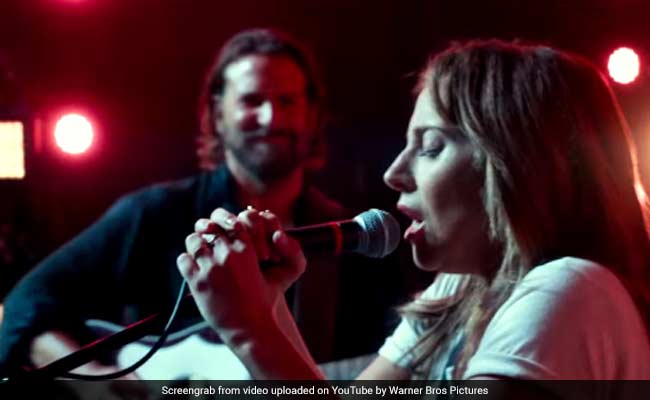 Until the 1970s, one version of A Star Is Born hit the screen once every two decades. The years of production were 1937, 1954 and 1976. The fourth iteration of Hollywood's most enduring tragic love story set in the music industry has, however, taken over forty years to be birthed. The long wait has been well worth it - the old song acquires a sweet, haunting ring under the adept direction of star and co-writer Bradley Cooper.

A Star Is Born, Cooper's directorial debut, is an achingly intense, immersive, finely tuned version that is contemporaneous in terms of substance and setting but unwaveringly pure 1970s in spirit. It is a marked improvement on the Barbra Streisand-Kris Kristofferson avatar of the mid-1970s, which turned out to be more sentimental shlock than the profound tragedy it was meant to be.

This orchestrated exploration of love against the backdrop of ambition, the ebb and tide of stardom and the wages of fame is instantly appealing first because of the heady quality of the music, then for the controlled marshalling of the delights inherent in the tale, and finally, and most importantly, owing to the wonderfully energetic presence of Lady Gaga in her first screen role as an insanely talented singer exasperatingly unsure of her potential until a little help comes her way and sets her on the path to glory.

Ally is a struggling crooner who has begun to believe the naysayers who have told her that "you sound great, you don't look great". The casting of Lady Gaga is inspired: the trajectory of the character that she essays probably mirrors not only her own early struggles as she made her way to success but also the tribulations of many others who came to the game before and after her. The woman she embodies on screen is tough and vulnerable by turns as she tackles the challenges that life throws at her, but she is always utterly believable.

Cooper himself is in fine fettle as the gruff, cynical, hard-drinking megastar whose career has hit the skids on account of his wayward ways and temperamental excesses. He is a man who has seen it all and is unable to find fresh inspiration from his unending string of gigs where fans still go into a frenzy when he belts out a number. The outward gusto conceals the demons inside him.

After one such successful gig, Jackson Maine (Cooper) swigs gin straight from a bottle as he coughs, sitting at the back of his car. He tells his driver that "I don't want to go home". So he gets dropped off at a drag bar. This detour is a turning point for Ally, who waits at tables at a fancier restaurant but sings at this seedy, noisy bar, the only lady among the drag queens. She croons. Jackson is spellbound. The timbre of the voice floors him completely. A bond quickly develops between the ingénue and the hardened country singer.

Jack and Ally fall in love as the former nudges the latter along towards showbiz stardom. But A Star Is Born is far less about the workings of the music industry and about rise and fall than a love story with impressive emotional depth. The relationship between a jaded performer increasingly out of his depths and a talented newbie who quickly zooms up the ladder gathers traction not the least because of who plays the latter character.

Lady Gaga delivers a full-blooded performance as Ally, who goes from being a doubt-wracked ward to an assertive life anchor for a man who has been there and done that but in now unable to separate his personal needs from the demands placed on him by his public persona. He needs Ally to show him the mirror when he falters, which is very often.

But Jack, even as jealousy kicks in, continues to show flashes of the philosopher that experience has turned him into. In one scene, he tells Ally: "If you don't dig deep into your soul, you won't have legs." He forgets that he himself has lost touch with his soul and his legs have given way to wobbly knees.

The film takes swipes at the music industry's emphasis on looks through Ally's frequent questions about her features, especially her nose. "It doesn't even look like me," she exclaims when shown the results of a photo shoot. In an earlier dramatic sequence, her lover and husband seeks to put her down by calling her "ugly". She takes the jibe on the chin and carries on regardless.

One song that Jackson frequently sings at his gigs - May Be It's Time To Let The Old Ways Die - sums up the crux of this story perfectly in terms of the plot evolution and provides context to the personal and emotional friction that erupts between the two principal figures in the tragic drama.

In A Star Is Born, it might be hard to look beyond Lady Gaga and Bradley Cooper, but each one of the actors playing the supporting characters is outstanding. Most notable among them is Rafi Gavron (as Ally's manager), Sam Elliott (as Jackson's much older brother), Andrew Dyce Clay (as Ally's father) and Anthony Ramos (as her best friend Ramon). If they are the icing on the cake, the lovely cake itself, made up of canny directorial touches, effective star turns and a killer soundtrack, is absolutely irresistible.

A Star Is Born is a remake that is good enough to stand on its own without the fear of comparison. But even if one insists on placing it alongside the earlier versions and judge it for impact, it will come out looking and sounding good. It is easy to go Gaga over this one!