Bohemian Rhapsody Movie Review: The film is never less than watchable because the performances are first-rate even when the writing isn't. 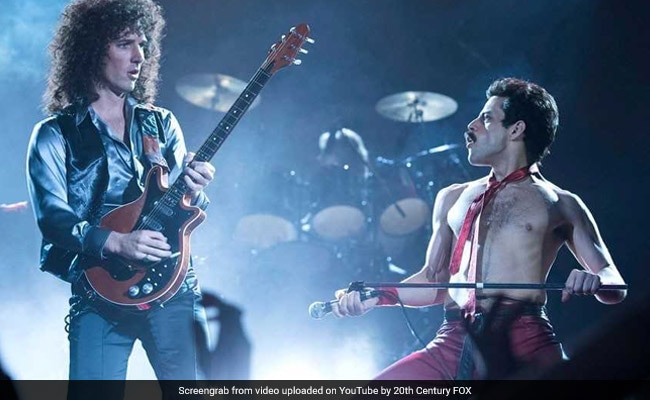 Being human is a condition, a frazzled Freddie Mercury (Rami Malek) says to his former fiancée Mary Austin (Lucy Boynton), "that needs a little anaesthesia". Coming from a man in constant energy-sapping overdrive, the statement is not only spot-on but also has an ominous ring about it. To be sure, it is no different in the case of making a film for the masses about the extraordinary career and troubled life of an insanely gifted rock star who thought nothing of burning "the candle at both ends" because he believed that "the (resultant) glow is divine". Bohemian Rhapsody captures the magic of Mercury's music and the lead actor exudes great charisma, but the film could have done with a sharper focus on the frailties that the human spirit is heir to.

The seamier aspects of the life of the four-octave Queen front man are played down or completely left out in this disappointingly disinfected biopic, leaving for us a musical that, barring the heady parade of hits it presents and the spiffiness of its packaging, constantly induces a feeling that we are being shortchanged. Mercury the protagonist strives to produce music that combines the scale of opera, the wit of Shakespeare and the grandeur of musical theatre. That ambition does not rub off on the film. 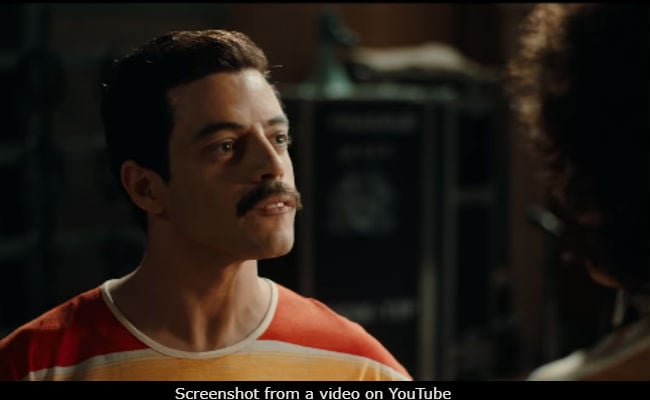 But that isn't to say that Bohemian Rhapsody, for which Bryan Singer gets solo directing credit despite having been replaced late in the production cycle by Dexter Fletcher amid the #MeToo storm, does not hit its straps at all. It does, especially in the rousing, moving finale - it unfolds at the 1985 Live Aid concert in the aftermath of Mercury being diagnosed with AIDS. It represents a classically tragic stage - a larger-than-life performer who revels in singing for "the outcasts at the back of the room" is running out of time and the concert offers him an opportunity for a last hurrah. And how!

The climax - the band reunite after a long hiatus to perform at the Wembley for a worldwide audience of 1.5 billion people as part of a campaign to help victims of famine in Ethiopia - is well worth the price of the multiplex ticket. Rami Malek, wonderfully into the spirit of the man he portrays on screen, sings Bohemian Rhapsody, Hammer To Fall, and We Are The Champions in an astoundingly convincing recreation of one of the greatest live acts in rock history. 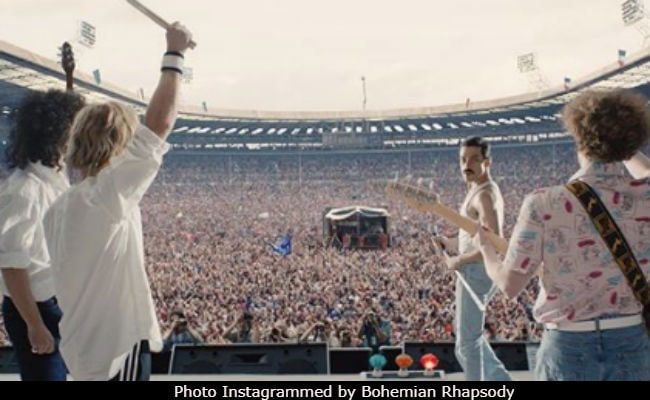 In the lead-up to this phenomenal moment, the band members are understandably low on confidence. One of them wonders: Can we pull this off? "We will punch a hole in the roof of that stadium, says Freddie in response. But the Wembley has no roof? "Then we will punch a hole in the sky," retorts the lead singer with the protruding upper teeth now concealed somewhat under a bushy moustache.

Mercury's deeply flawed personality is brilliantly brought out in all its contradictions by Malek. The man is arrogant as hell and can be quite a pain at times. But the demons in his own mind have a way of getting back at him. He is wracked by insecurities and self-doubt, which causes him to behave irrationally, irascibly and self-destructively.

The film does touch upon his uneasy relationship with music critics (snide one-liners from the early reviews of Bohemian Rhapsody, a number pejoratively described by an EMI exec played by Mike Myers as "a quasi-operatic dirge", roll on the screen to show what the guardians of high art thought of his music), his run-ins with prying gossip columnists and unwelcome shutterbugs, and the betrayals by/disgruntlement with people in his inner circle, including his gay manager Paul Prenter (Allen Leech) and Elton John's manager John Reid (Aidan Gillen).

But sadly Bohemian Rhapsody barely skims the surface of the singer-songwriter's formative years, ethnicity, sexuality and drug addiction. The life and times of Freddie Mercury, born Farrokh Bulsara in Zanzibar to a conservative Parsi couple who cannot fathom why he's shed his family name, were full of drama. It is tapped only in very limited measure. Good thoughts, good words and good deeds is what his dad counsels. Freddie is dismissive of that timeless pearl of wisdom. For this film, the father-son relationship is a mere footnote.

That apart, all that we get by way of allusions to Mercury's origins and cultural roots are a glimpse of the Indian breads on the family's dining table, a scene in which guests are offered mithai, a couple of occasions when the word beta (son) is used, a brief, sweeping summary by the Bulsara patriarch of who the Parsis are when his bandmates coming visiting, and his sister's admission that he was born in London "at the age of 18". In an early scene, we see Freddie working as a baggage handler at the London airport in 1970.

Neither is his sense of being done in by the world at large even at the height of his enormous success is established with sufficient force. His emotional misgivings over the struggles to gain acceptance in a society that often subjected him to racist taunts - he is referred to as a 'Pakkie' a number of times - take a toll on his mental and physical well-being. But these elements in the Freddie Mercury story do not find the space for full development in the film.

For all its drawbacks, Bohemian Rhapsody is never less than watchable because the performances are first-rate even when the writing isn't. Lucy Boynton is terrific as Mary Austin, Freddie's first love who drifted away from him when she realized he was gay but remained a life-long friend. Gwilym Lee as Queen guitarist Brian May, Ben Hardy as the band's drummer Roger Taylor and Joe Mazzello as bassist John Deacon do well to keep pace with Malek's mercurial act, ensuring that Bohemian Rhapsody is more than a one-man show.

Take the highs with the lows even if you feel that the latter outweighs the former and you will find a great deal to enjoy in Bohemian Rhapsody.