Gold Movie Review: Akshay Kumar hogs the footage but it is the other actors who do the fancy dribbling on the acting front. 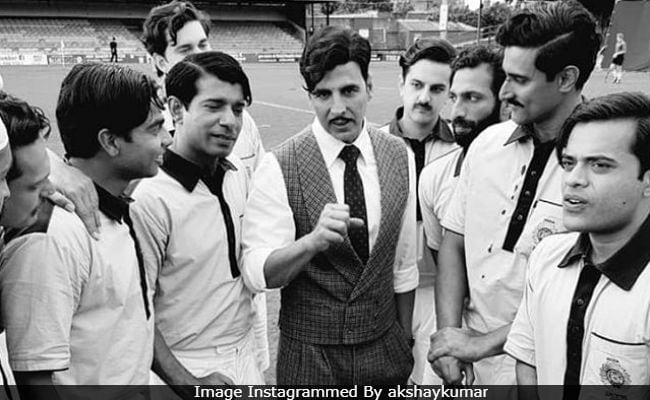 In the game with a solitary actor with proven star power, Gold, written and directed by Reema Kagti, glitters only intermittently. Hinging overly on the inner and external struggles of a fictitious character essayed by Akshay Kumar, the sports drama does not adequately mine the individual stories of the plucky players who got the better of Great Britain on the latter's home turf to win independent India's first Olympic field hockey gold in 1948.

With the spotlight squarely on Tapan Das, a team manager grappling with his own set of issues in a battle to stay relevant in free India's hockey plans, neither the turmoil of the times nor the dynamics of assembling a winning combination in the face of severe odds are depicted in their entirety or with the requisite force. Gold leaves an entire goldmine untapped.

This film is primarily about avenging "do sau saal ki ghulami (200 years of slavery)", so the principal enemy is England, not Pakistan. This is one aspect of Gold that sets it apart from other Bollywood sports films. When the Indians takes on Great Britain in the London Olympic final, Pakistani players in the stands cheer them on. And before Pakistan plays the Netherlands in the semis, the Indian manager goes to the former team's change room and greets the captain, a former protege. 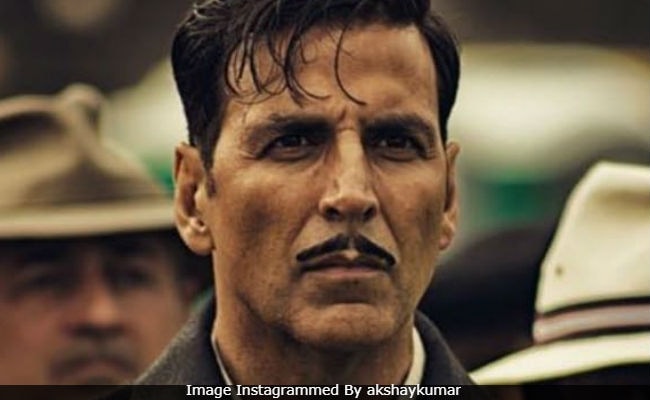 But, then, the protagonist is a Bengali and stereotyping is inevitable. Even when that man seems to be speaking grammatically perfect Hindi, he has to have a thick regional accent. He and his wife have to frequently break into Bangla to prove which part of the country they belong to. Which self-respecting Bengali in a Bollywood film can get by without uttering "Urri baba", "gondogol" or "aami jaani" a few times? Tapan Das follows the script. His wife, played by Mouni Roy, adds her bit to the macher jhol syndrome: she pronounces fish as 'feesh'. It stinks.

The lead actor of Gold should have been the film's strength. He instead turns out to be its biggest weakness - he overshadows, or in many cases completely blanks out, the little real-life stories that might have made the film a more complete and complex portrait of a hockey team that made history.

The mercurial Tapan Das all too frequently lapses into facetiousness, especially in his banter with his wife Monobina, who can barely keep him off the bottle and his self-destructive ways. But, of course, he is the hero of the story but none of his transgressions push him off the rails.

The same cannot be said for the film's many gratuitous digressions. In one sequence, a scion of a United Provinces royal family, Raghubir Pratap Singh (Amit Sadh), a talented but super-egoistic centre-forward, stops his speeding car when he spots an unwashed, impoverished man sitting under a tree by the dirt track. The princeling alights from the vehicle, takes off all his clothes and gives them to the beggar. 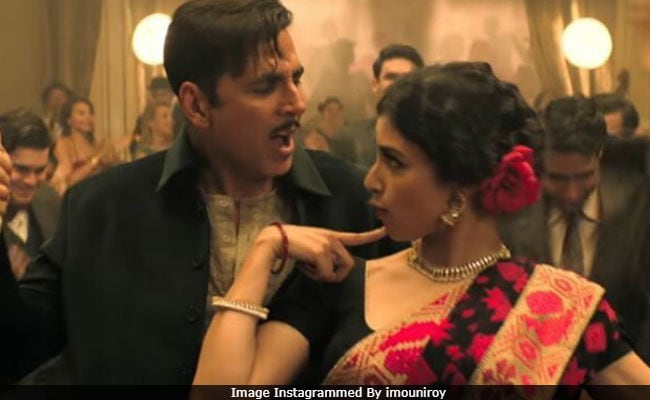 Tapan Das, strapped for cash and coming off several career-threatening setbacks, makes his way to a Buddhist monastery in the woods and seeks access to its grounds for India's Olympic preparations. The hockey-loving head monk first nods his head to indicate refusal and then breaks his five-year-old maun vrat (vow of silence) and acquiesces when he hears the name of his favourite player, Samrat (Kunal Kapoor), the star of the 1936 Berlin Olympics, where India laid Germany low before a home crowd that included a furious Fuhrer.

The manager is always high on cheap whisky but rather low on scruples when it comes to money. He understandably has detractors in the hockey federation, one of whom eggs him on to get drunk at a party thrown to announce free India's first Olympic field hockey team. Sloshed, he breaks into boisterous song and dance and misbehaves with the British ladies at the do. By way of punishment, he is barred from accompanying the team to the 1948 London Olympics. The players take off for the Games without him. That is drama for you.

In a far more effective interlude, the fissures in the team on regional lines are snuffed out by Samrat. He orders the players to repeatedly move a pile of bricks from one end of the field to the other. They keep doing the coach's bidding until they are out of breath. Having done a lot of huffing and puffing, the boys realise that there is a less exacting way available to them: teamwork.

Gold is littered with such off-the-field sequences that stem from flights of fancy that have no basis in fact. Of course, the film does not claim to be an accurate reenactment of independent India's 1948 Olympic hockey campaign only a year after earning freedom from British rule and grappling with the depletion of its ranks in the wake of the horrific Partition riots. It projects itself as a work of pure fiction. And that is a pity.

It is difficult to say how much brighter Gold would have been had it deigned to tell the true story of Balbir Singh Sr, a Partition survivor who scored two of India's four goals in the final of the London Olympics or of the character who goes by the name of Imtiaz Ali Shah (Vineet Kumar Singh) - named the captain of the Indian team, he opts to migrate to Pakistan fearing for his life, like many of the real Muslim hockey stars of the day. It is, however, certain that it would have been a more gripping and convincing sage.

Gold opens with the Berlin Olympics hockey final, at the end of which the Indian team receives the gold medal as the Union Jack flutters. Tapan Das half-flashes an Indian tricolour with the charkha in the middle and ehorts the players to salute the flag. The film ends with the London Olympics, by which time India isn't British India anymore. Both these passages are pretty well handled. The action on the field lend excitement to the proceedings while the crowd scenes add colour to the frames.

But what unfolds in the long, overly dramatized interregnum is patchy both in overall tonality and in terms of specific plot points. As with much else, liberties are taken with the India-England final. In reality, India won 4-0. In the fictional reimagining, India is down 3-1 before 'trump card' Himmat Singh (Sunny Kaushal, who is the film's brightest spot) - his being held back leads to conflict within the team, a pub brawl to be precise - comes in as a late replacement and inspires a glorious fightback.

Akshay Kumar inevitably hogs the footage, but it is Sunny Kaushal, Amit Sadh and Vineet Kumar Singh who do all the fancy dribbling on the acting front. Unfortunately, they just aren't allowed enough of the action.

Hockey, at its best, is an incredibly fast-paced game and any film about the sport has got to capture that inherent momentum for it to work. Gold fails to do that, dragged down by a storyline that puts too much store by the anticipated crowd-pulling power of a Bollywood A-lister. The script, and the real events that inspired it, take a backseat in the process. As a result, what could have been a blinder of a movie barely manages to hobble its way to a climax that holds no surprises because it is a part of Indian sporting folklore.