Gentle On Jokes, Why Golden Globes 2019 Lacked Boozy Tension Of Renowned Past

The 76th annual Golden Globe Awards lacked the boozy, loosey-goosey tension of its renowned past 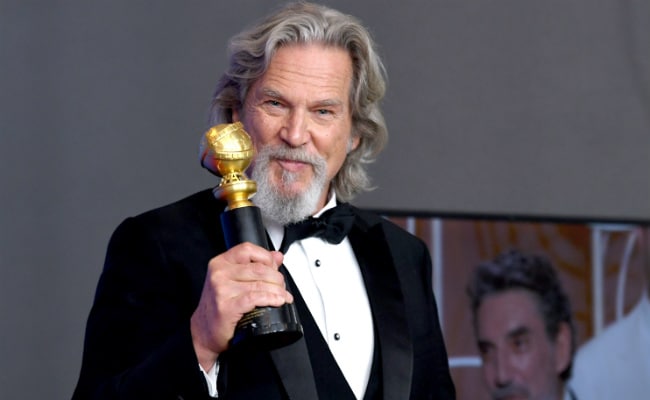 The stars are bored. It's their own fault, really, and it's mostly a good thing: They're woke and on board with Hollywood's attempts at a corrective course on diversity and equal rights, which is why Sunday night's telecast of the 76th annual Golden Globe Awards on NBC lacked the boozy, loosey-goosey tension of its renowned past. But is that really such a sacrifice, in exchange for solidarity? This was a by-the-book but overlong awards show, gentle on the jokes and heavy on the adulation.

TV stars Sandra Oh (from BBC America's Killing Eve) and Andy Samberg (NBC's Brooklyn Nine-Nine) delivered capably - if not brilliantly - as co-hosts. Oh gave a gratifyingly rousing speech as the first person of Asian descent to host a big awards show, in a year filled with diverse nominees on the roster.

"I'm not fooling myself, next year could be different, it probably will be," Oh said. "But right now, in this moment, it's real." She looked out at the audience, pointing at some of its members. "Because I see you, and I see you. . . . And so will everyone else."

Oh went on to deservedly win one of the night's bigger awards - best actress in a TV drama series, for her terrific performance in the international crime thriller Killing Eve.

The best actor in a TV drama award went to Richard Madden, star of Netflix's action-packed counterterrorism thriller, Bodyguard. For TV comedies, Rachel Brosnahan won best actress for Amazon's The Marvelous Mrs. Maisel, and Michael Douglas won best actor for Netflix's The Kominsky Method. (A decent and enjoyable show, but really - the first award of the evening, after Oh's elegant note of diversity, went to Douglas, a specimen of old Hollywood in a show about the particular suffering of aging men who work in Hollywood? That's awards-show timing for you.)

Oh and Samberg made light of the current tone of play-it-safe awards shows, with instantly forgettable jokes that were deliberately as dull as the butter knives on the tables in the Beverly Hilton ballroom where the annual film and TV awards gala kicks off a slew of such fetes in the next several weeks, culminating in the Academy Awards on Feb. 24.

Here's a gripe, because there was little else to grouse about in Sunday's show and the Hollywood Foreign Press Association's choice of winners: How much earlier is awards season going to creep up the calendar, anyhow? For some, Sunday marked the Feast of the Epiphany, still technically part of the Christmas holidays. Raise your hands if you've had time to undeck the halls. With Globes getting earlier and the Academy Awards planning a move to early February in 2020, we're going to have to drop the New Year's Eve ball onto a red carpet.

Back to the show's humor, which remained thin all evening, save for one Les Moonves joke, a faux marriage proposal from presenter Maya Rudolph to her co-presenter Amy Poehler (let that be a lesson to stunt-proposal makers everywhere) and the announcement from Samberg that everyone in the audience would be getting a free flu shot from a phalanx of nurses that swarmed the auditorium. ("If you're an anti-vaxxer, just put a napkin over your head and we'll skip you," Samberg said.)

As for any stirring speeches, the winners were mostly only gracious and grateful. In addition to that, Regina King, who won best supporting actress (film) for If Beale Street Could Talk was able to convince the walk-off music to stop playing while she promised - in the spirit of the speech Frances McDormand gave at last year's Golden Globes - that her future projects would hire 50 percent women in production and directing roles that usually go to men.

"I just challenge anyone out there who is in a position of power, not just in our industry but in all industries, I challenge you to challenge yourself," King said, to great applause. (Hollywood is getting quite good at complete agreement, via applause.)

Steve Carell gave a funny and warm introduction to the HFPA's inaugural winner of a new Carol Burnett Award for lifetime achievement in television - that would be Carol Burnett herself. Before she came out to accept, NBC's censors once again bleeped out what I guess was a funny joke from Carell (judging from audience laughter). This, after censoring some choice words during the acceptance speech from Patricia Arquette, who won the best actress award for a limited TV series (the superb "Escape at Dannemora") and, later, Christian Bale, who won best actor (musical/comedy) for playing Vice President Dick Cheney in the film "Vice."

What's the problem here, NBC? Have we not proved as a society that we're more than accustomed to some off-color language in 2019? Haven't you noticed that there's a big government shutdown going on? The watchdogs are furloughed - take the risk!

Burnett, radiant and sharp at 85, gave a lovely acceptance speech. "Sometimes I catch myself daydreaming about being young again and doing (her beloved variety show) all over, and then I bring myself up short, when I realize how incredibly fortunate I was to be there at the right time," she said. "Sad to say, today's audiences might never know what they're missing. Here's to reruns and YouTube."

Later in the evening: "I'm wearing your cuff links," Jeff Bridges shouted to the ceiling, addressing his late father, the actor Lloyd Bridges, in a casual and rambling acceptance speech for this year's Cecil B. DeMille Award for lifetime achievement in film. His speech managed to convey the scope of his career in movies, a "Big Lebowski" feel.

In addition to the lifetime achievement awards, HFPA President Meher Tatna took a moment to affirm the organization's commitment to freedom of the press internationally with the announcement of two $1 million grants to the Reporters Committee for Freedom of the Press and Inside Climate News. It's an interesting (and depressing) world we live in, when even Hollywood has realized that the world needs hard-working, courageous journalists right now, more than it ever has.

Even the TV critics?

(Except for the headline, this story has not been edited by NDTV staff and is published from a syndicated feed.)
Comments
golden globes 2019golden globes