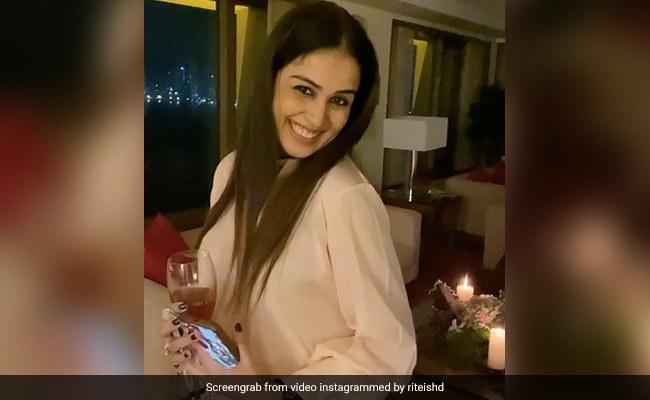 Genelia D'Souza in a still from the video. (courtesy riteishd )

Genelia D'Souza and Riteish Deshmukh's anniversary celebrations on Wednesday were full of surprises and all things pretty. The couple shared videos from their 9th wedding anniversary celebrations, for which chef Vikramjit Roy especially flew down to Mumbai. Riteish shared a video of all the arrangements made by Genelia and he wrote: "Surprise anniversary celebration by the Baiko Genelia - this is just the beginning - the master surprise is Chef Vikramjit Roy who flew down especially from Delhi." Genelia too shared a video from the festivities and she wrote: "Celebrating life quite literally with Riteish. Thank you chef Vikramjit Roy for adding magic to our beautiful day with the most amazingly curated meal." The menu offered a range of all-vegan custom made food from baked veggies, éclairs to croissants, and more desserts.

In her Instagram story, Genelia thanked the chef and she wrote: "Gratitude chef Vikramjit Roy. I know you went out of your way. Will always remember this one." This is the picture we are talking about: 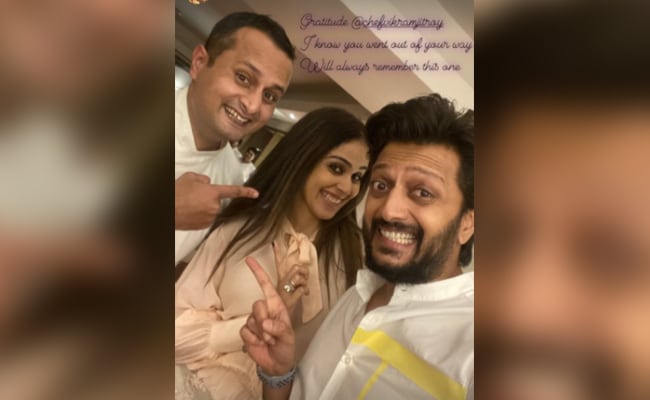