"We're sending him off in style with a promise that he'll be back next year," wrote Shilpa Shetty 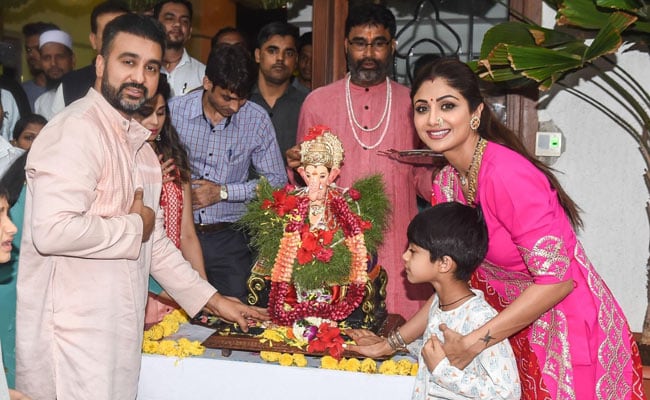 It's festival time and several Bollywood celebrities bid Ganpati Bappa adieu on Tuesday. After hosting the festivities for one and a half day, Shilpa Shetty, Salman Khan, his sister Arpita Khan Sharma and others wrapped Ganesh Chaturthi celebrations with Ganpati Visarjan. Sharing a glimpse from the festivities, Shilpa Shetty posted a video on Instagram, in which she can be seen dancing her heart out while performing the Ganesh aarti alongside her husband Raj Kundra and son Viaan at her residence in Mumbai. Shilpa Shetty and her family including her mother Sunanda Shetty and sister Shamita were also photographed carrying their Ganesha idol for visarjan with all respect, fun and great zeal.

Sharing the Ganesh Visarjan video, Shilpa Shetty captioned it: "Bidding him adieu is always hard... Our Gannu Raja is on his way... And we're sending him off in style with a promise that he'll be back next year. Ganpati Bappa morya! Pudhchya varshi lavkar ya!"

Bidding HIM adieu is always hard... Our Gannu Raja is on His way... and we're sending Him off in style (rain, notwithstanding) with a promise that He'll be back next yearGanpati Bappa... Morya! Pudhchya Varshi Lavkar ya! #GanpatiVisarjan #blessed #gratitude #love #spiritual #ecofriendly #beresponsible 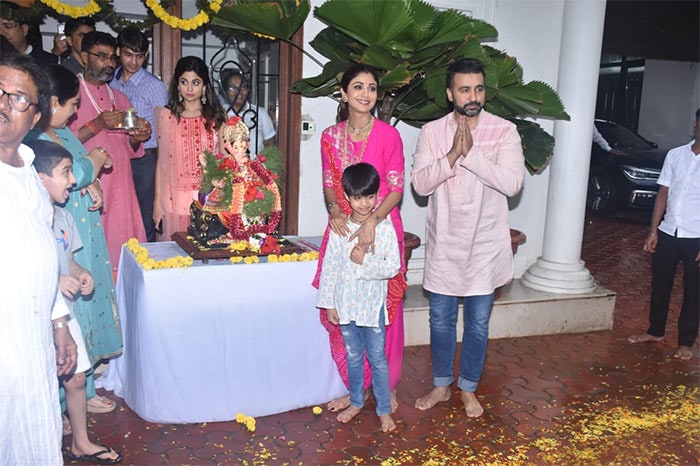 Shilpa Shetty and her family posed with the Ganesha idol. 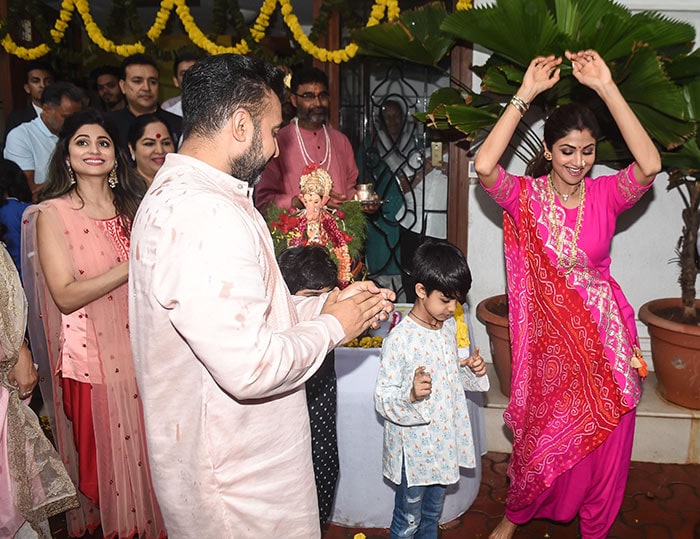 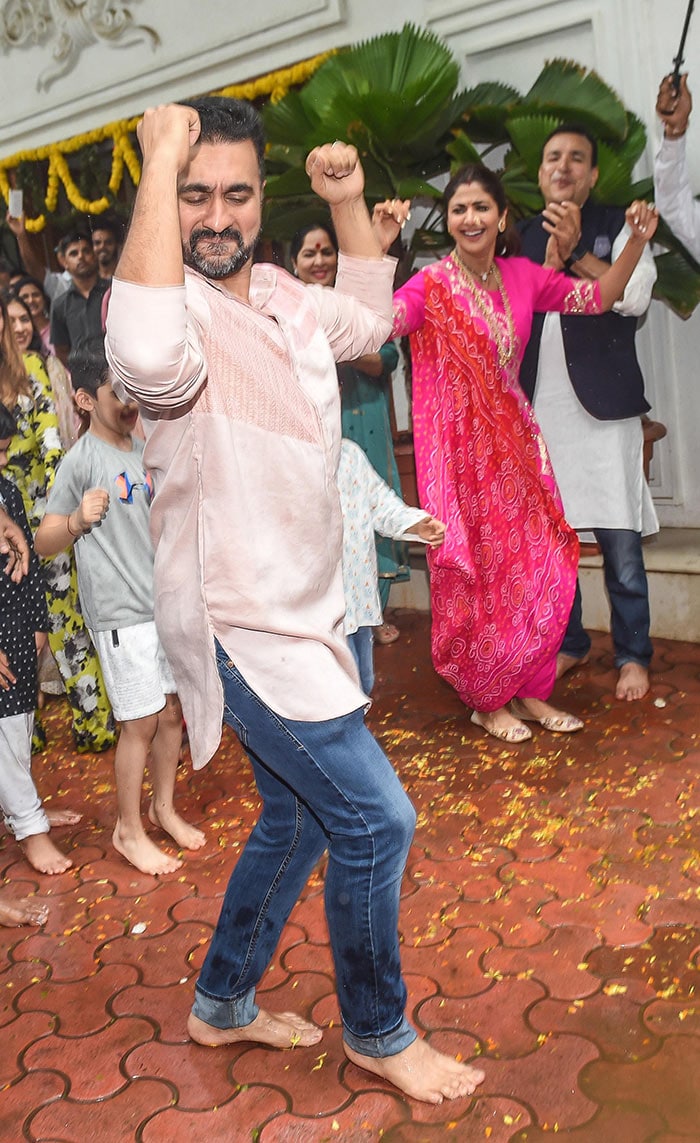 Raj Kundra joined Shilpa Shetty to shake a leg to the beats of dhols.

Shilpa Shetty looked stunning in a pink suit paired with a pink-and-red dupatta. 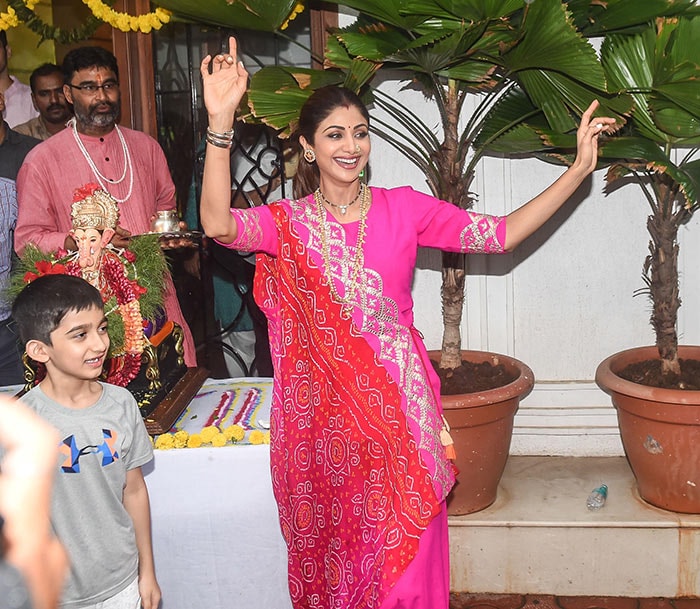 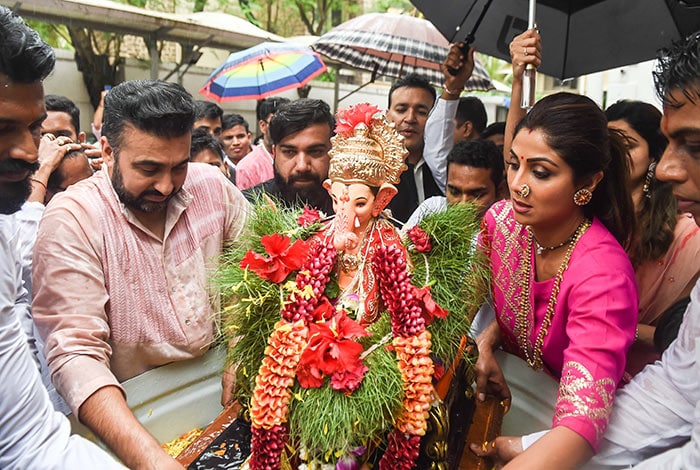 After celebrating Ganesh Chaturthi together on Monday, Salman Khan and his family hosted Ganesh Visarjan at his sister Arpita's residence at Mumbai's Carter Road. In a new viral video that surfaced on the Internet on Wednesday, Salman Khan can be seen dancing to beats of dhols at the visarjan with Swara Bhasker and Daisy Shah. 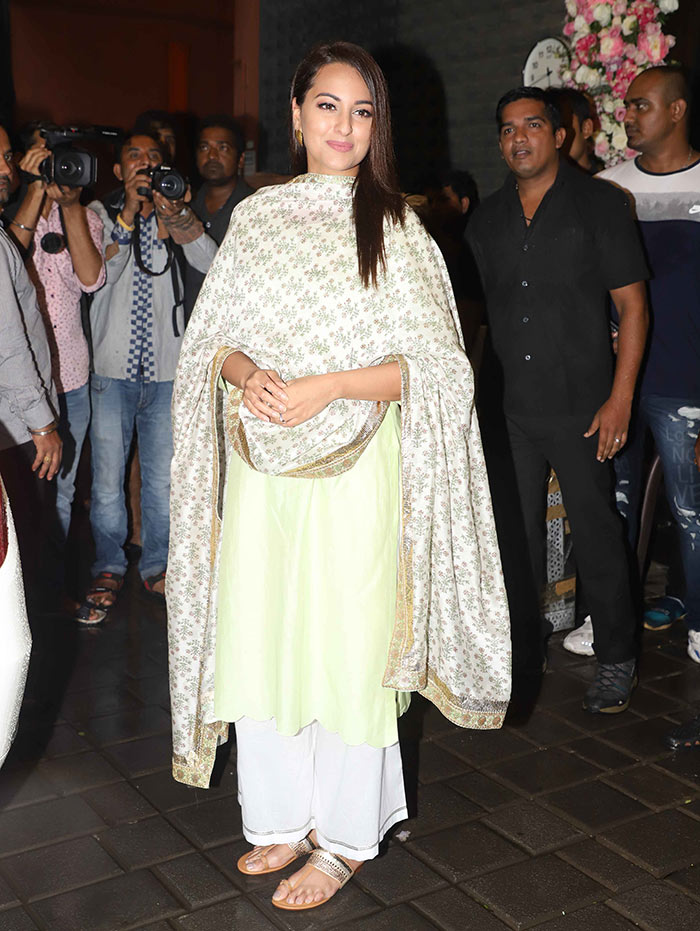 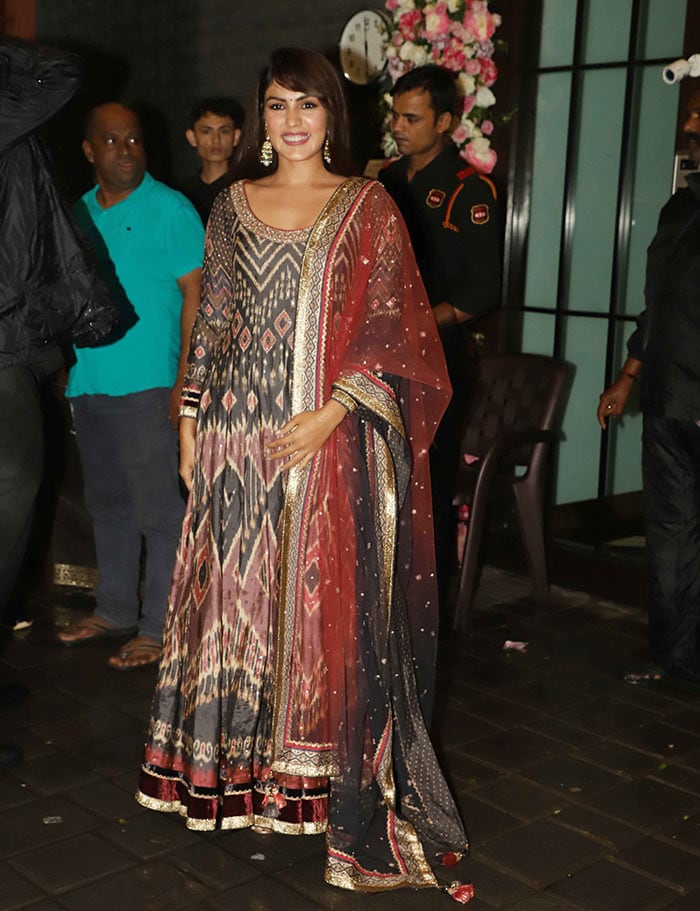 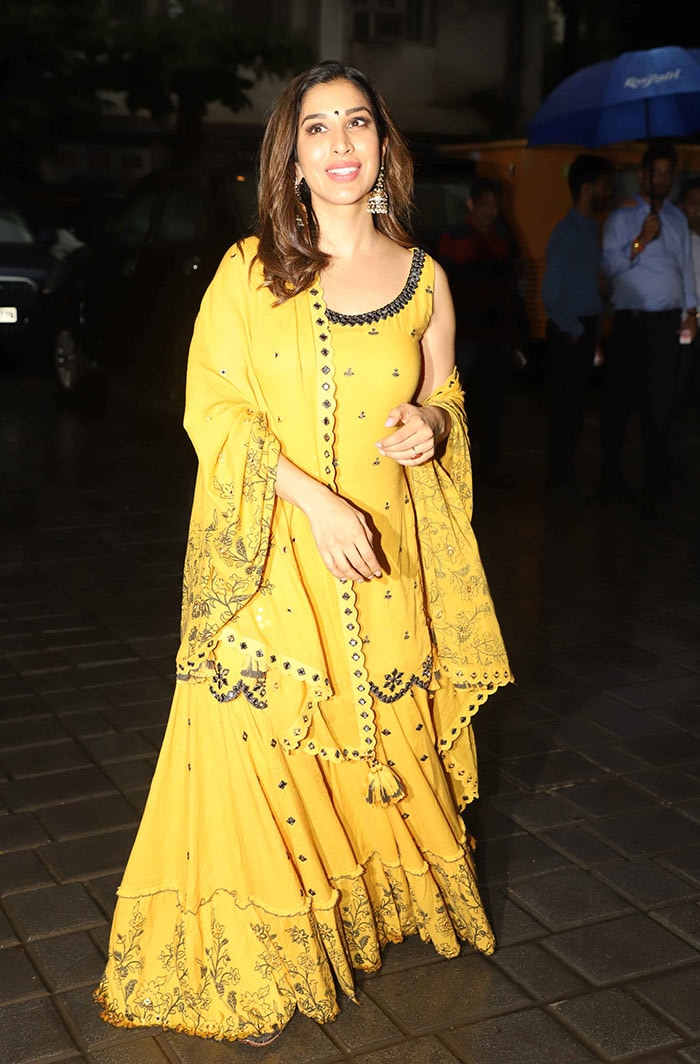 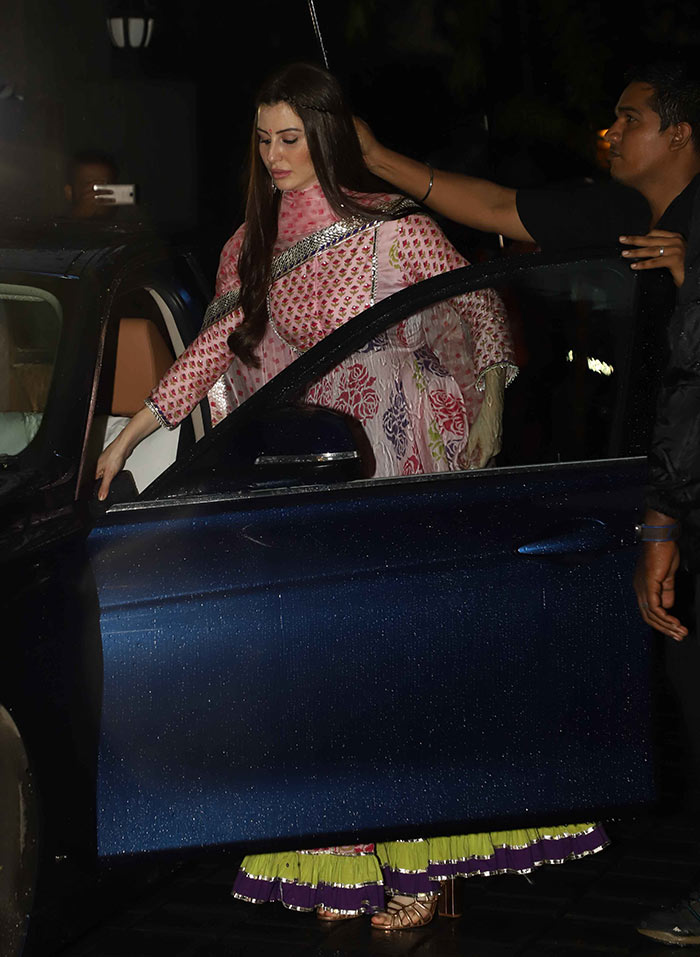 Television star Manish Paul also bid adieu to Bappa and took his Ganesha idol for visarjan from his Mumbai residence. He happily posed with his wife Sanyukta for the shutterbugs. 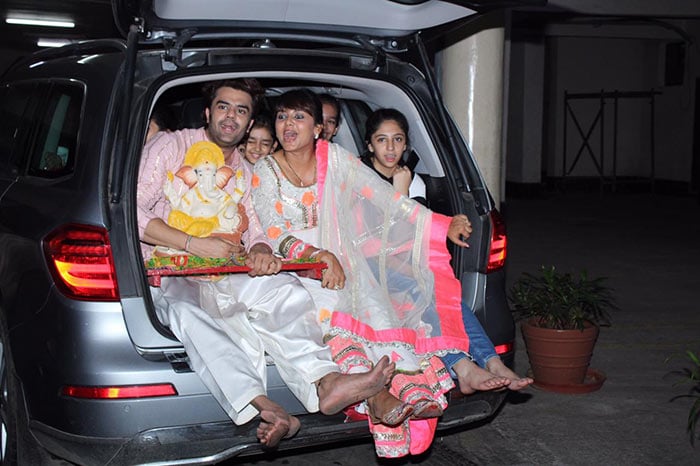 Manish Paul with his wife Sanyukta.