Ganesh Visarjan 2020: In the photos, Salman Khan can be seen sporting a blue shirt and a face-mask 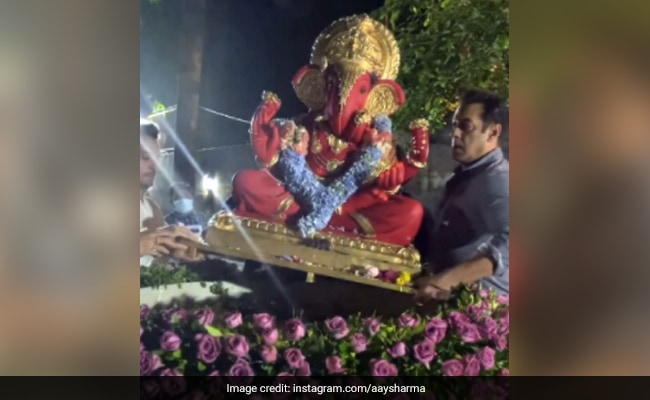 Salman Khan and his family, like every year, celebrated Ganesh Chaturthi with great zest and zeal in Mumbai on Sunday. The Khans performed the visarjan ritual at Sohail Khan's residence this time - last year it was hosted at Salman's sister Arpita Khan Sharma's house. They celebrated the festival with necessary precautions against the coronavirus pandemic. Pictures from the celebrations are trending on social media incessantly. In the photos, shared by Salman Khan's brother-in-law Aayush Sharma, the actor can be seen sporting a blue shirt and a face-mask at the festivities. The videos, shared by Aayush Sharma on his Instagram stories, also feature Salim Khan, Sohail Khan and Atul Agnihotri, who is the husband of Salman Khan's sister Alvira. 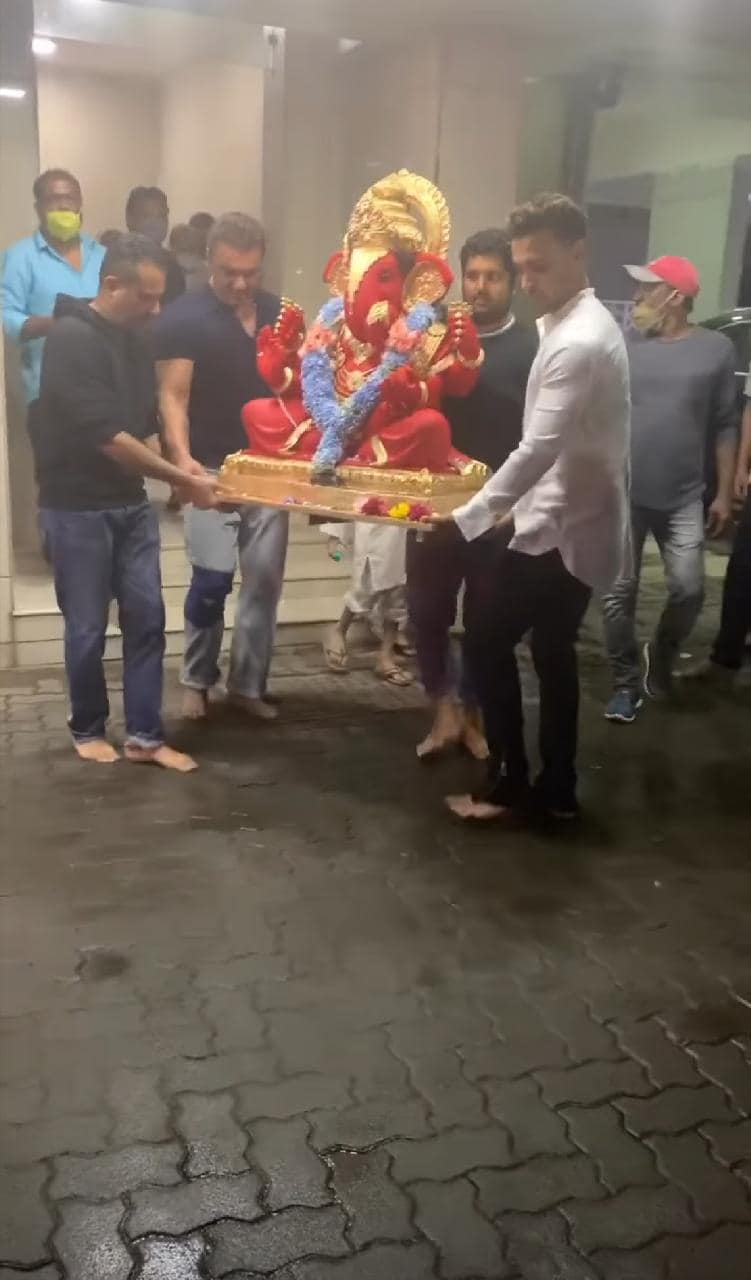 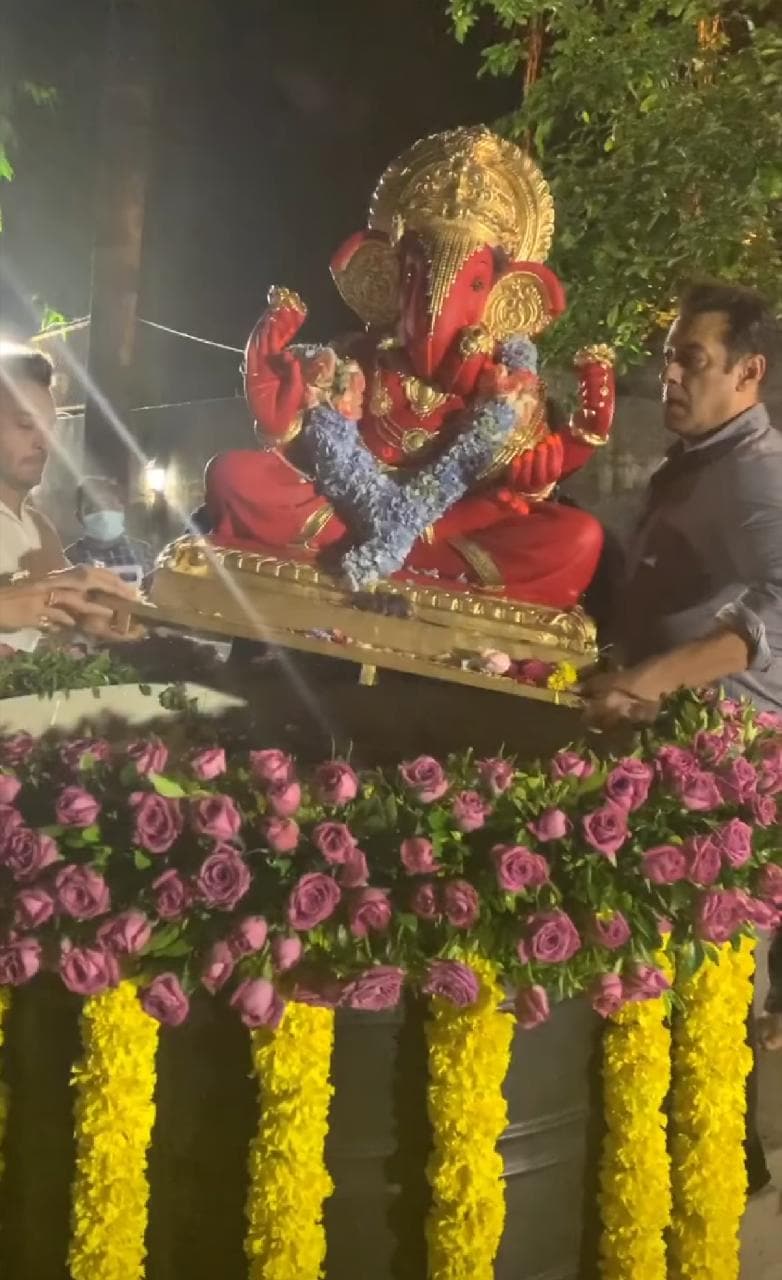 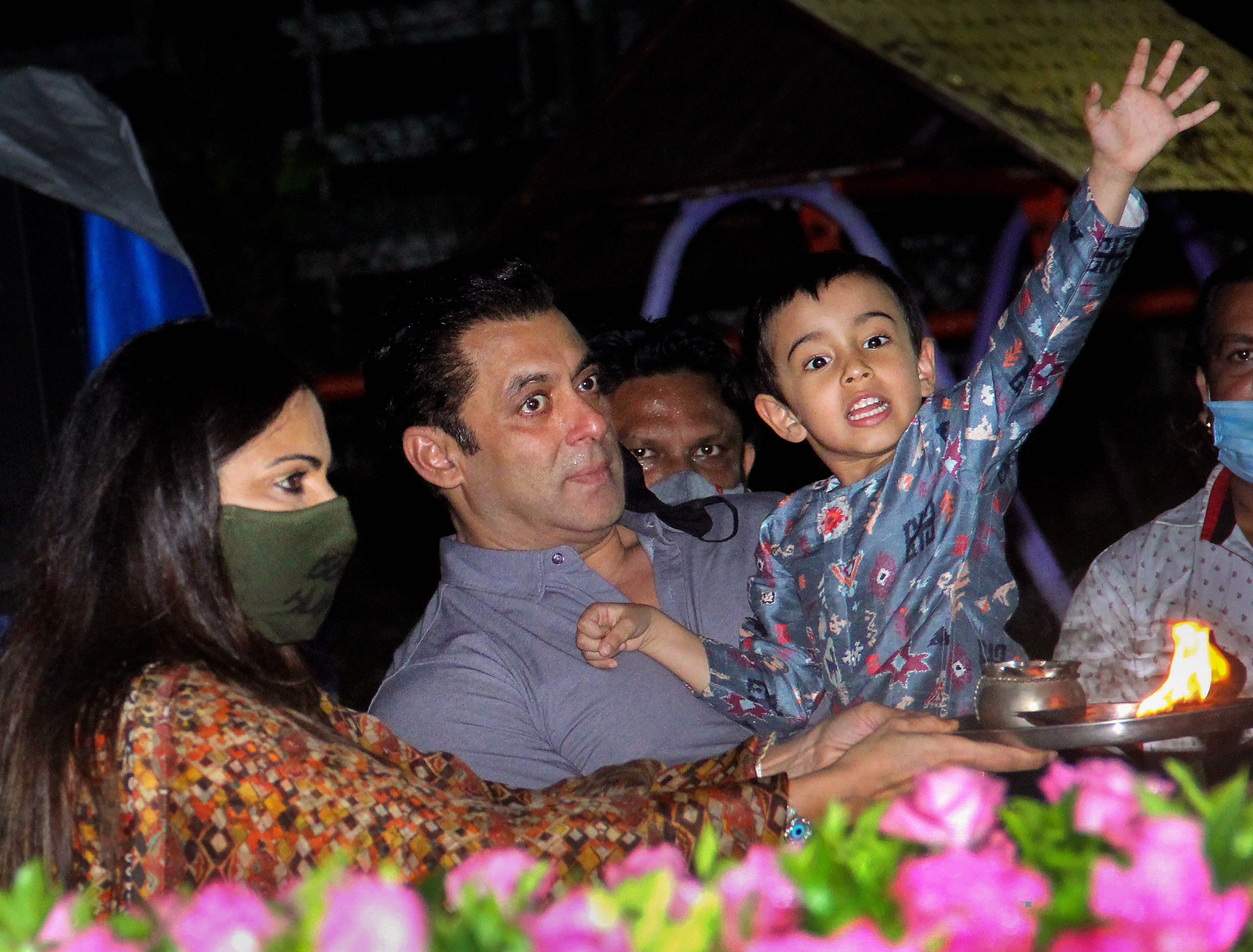 Salman Khan with his nephew at visarjan. (Image courtesy: PTI) 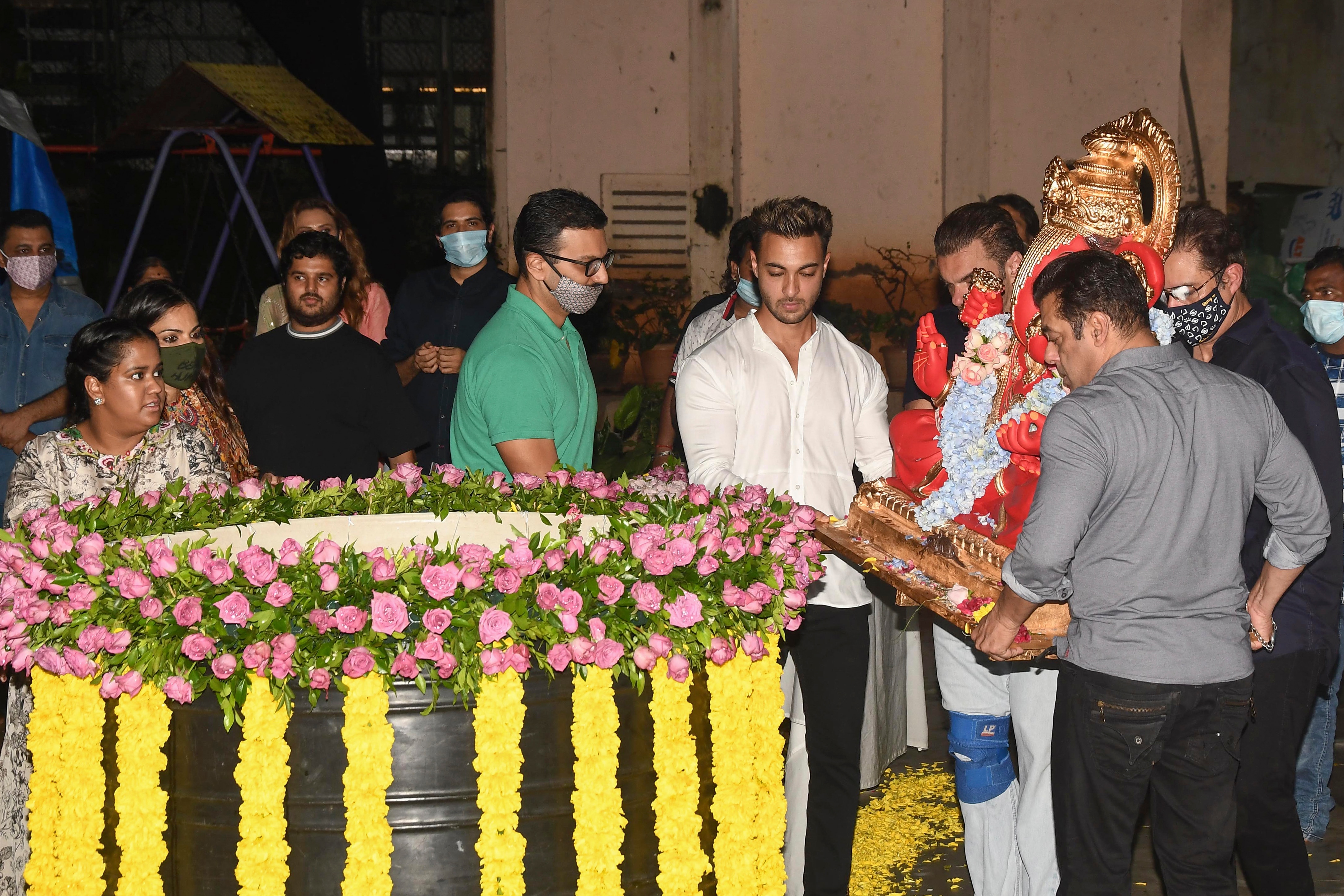 Salman Khan with his family at visarjan. (Image courtesy: AFP)

Aayush Sharma and Arpita Khan Sharma also shared pictures from the festivities on their respective social media profiles. Check them out here:

Last year, Salman Khan bid adieu to Bappa in his own blockbuster way. He danced to the beats of dhol with Swara Bhasker and Daisy Shah at the visarjan. Watch the video from Salman's last year Ganesh Visarjan celebrations here:

Salman Khan was last seen in Dabangg 3. He has a couple of films lined up such as Radhe: Your Most Wanted Bhai and Kick 2.