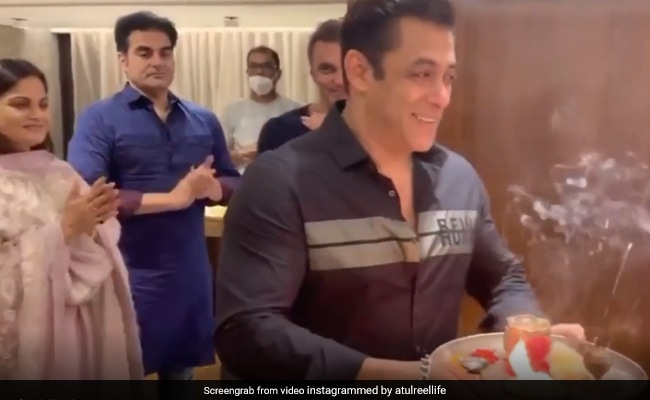 Salman Khan in a still from the video. (courtesy: atulreellife )

Earlier this month, Salman Khan celebrated Raksha Bandhan with his family. Here are the pictures from their festivities:

On Eid this year, Salman Khan posted a picture of himself, in which he could be seen masking his face with a cloth and wrote "Eid Mubarak." ICYMI, this is the post we are talking about:

In terms of work, Salman Khan was seen as the host of the TV reality show Bigg Boss 13. He will next be seen in Radhe: Your Most Wanted Bhai, co-starring his Bharat co-stars Disha Patani and Jackie Shroff. The film will also star Salman's Kick co-star Randeep Hooda. Dabangg 3 was his last release. The actor has also signed Kick 2 with Jacqueline Fernandez. The makers recently announced the project officially.