Game Over Star Taapsee Pannu: Playing Such Roles Surely Takes A Toll On Me

"I become someone closer to my character...even in real life," Taapsee Pannu on Game Over 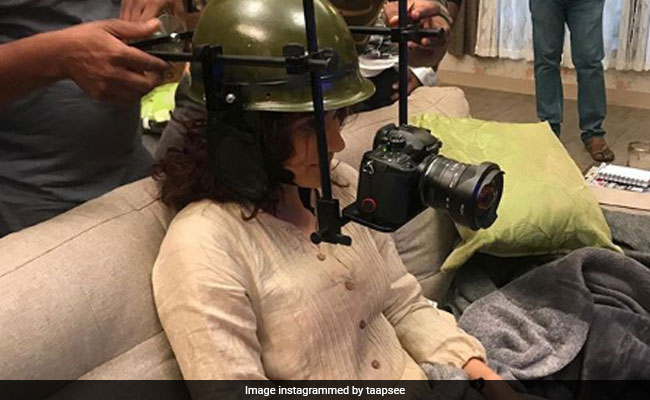 Actress Taapsee Pannu, who has been performing intense characters in films including Mulk, Badla and the latest Game Over, says such roles take a toll on her mind and change her mental fabric a little bit.

"I really had to psyche myself out to understand the character who has gone through a dark incident and how her body and mind reacts after one year. She is traumatised. It was quite exhausting emotionally and playing such roles surely takes a toll on me," Taapsee said here.

Directed by Ashwin Saravanan and produced by Reliance Entertainment, the film has released in three languages - Tamil, Telugu and Hindi. This is the first time Taapsee has played a character in which she is wheelchair-bound for a substantial part of the story.

I wonder what was more tiring. Dragging myself on ground with leg cast or promoting a film in 3 languages #GameOver 3 days to go!

Recounting the experience of her films Pink and Badla, in which she shared screen space with megastar Amitabh Bachchan, Taapsee said: "In Badla also I had a very different character to play. Perhaps that is why after every film, my mental fabric changes a bit."

"I think it is only natural. Usually, I shoot most of my films at one stretch and that is why for that time being, I become someone closer to my character...even in real life. That is why actors like us are little different, our approach towards reality is different from others.

"Since we are making the world believe that a character exists, which is actually fictional, our mental fabric is different."

Yes yes, chiffon sarees in snow capped mountains for 25 days would've been tougher... so I chose all this #GameOver #ActorsLife

Taapsee started her career in the movies with Telugu films and also worked in Tamil films.

Game Over marks the first time that her film is releasing in all three languages as she believes that the story is universal and not at all region-specific.

(Except for the headline, this story has not been edited by NDTV staff and is published from a syndicated feed.)
Comments
taapsee pannugame over