Game Over Movie Review: Taapsee Pannu Is The Primary Reason To Watch This Fast-Paced Thriller

Game Over Review: Taapsee Pannu's star turn keeps us invested in the plight of the character she plays 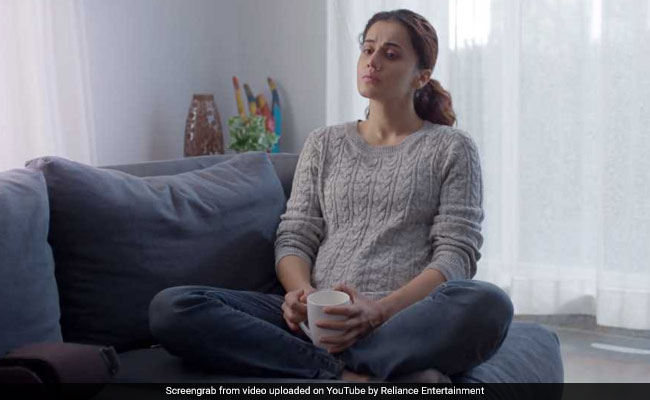 Ashwin Saravanan's Game Over, a Tamil-Telugu bilingual film dubbed in Hindi, is a compact, fast-paced thriller with a dash of the paranormal. It has the potential to tie you up in knots as you try and grasp what is real and what isn't in a layered plot that pits a gamer intent on improving her Pac-Man scores against the maze in her stressed-out mind.

The action occurs in the main in a sprawling, sparsely-occupied dead-end Gurugram bungalow. We have seen that kind of play on the after-effects of isolation and loneliness before. A woman grappling with the mental and emotional scars of a traumatic incident. Not particularly original either. For good measure, there's a serial killer on the prowl, too. Again, not original. 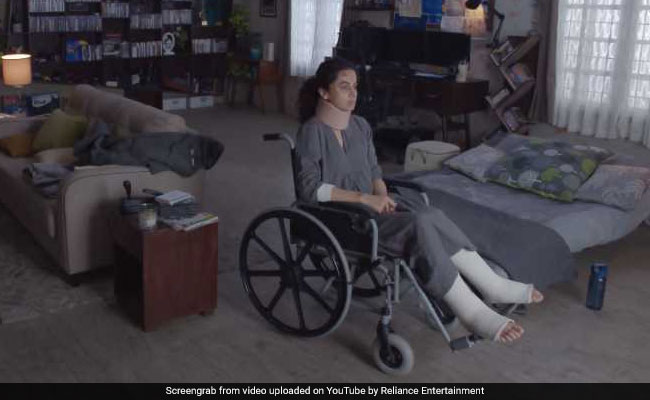 Yet Game Over employs a startling playbook that exudes both intelligence and freshness. The treatment is unusual - the film resorts to no more than a couple jump scares but stays on course to deliver several suspenseful slights that hit home with full force. And the technical flourishes - the fidgety camerawork ekes out claustrophobic spaces from within tight frames - are made to count.

And, certainly not the least, Taapsee Pannu's robust and affecting star turn keeps us invested in the plight of a character who, in the first half, is hamstrung by the demons in her mind and then, in the second, bound to a wheelchair as she goes head-to-head with a knife-wielding, masked marauder who comes knocking at her door. The decision to set the story in Gurugram is easy to explain, given the dangers that lurk in this part of the world for women who live and travel alone and are independent-spirited, a trait denoted here without much apparent logic by the tattoos that such girls supposedly sport. The serial killer, who we do not see until well into the second half, targets women, decapitates them and then sets them ablaze, videotaping the act on a handycam.

But for a film in which the writer-director and the cinematographer (A Vasanth) have clearly invested a great deal of thought, Game Over gets one thing horribly wrong. Winter is at its peak at the end of the year in the National Capital Region but barring the heroine's sweatshirts that might be passed off as warm clothing of sorts if you are in the mood to gloss over a huge error, everyone is in summer attire. Are the people around her, like Pannu's character, supposed to 'imagine', rather than actually 'feel', the cold weather? This lapse in detailing may not take much away from the core of the film's generic strength, but it smacks of carelessness. 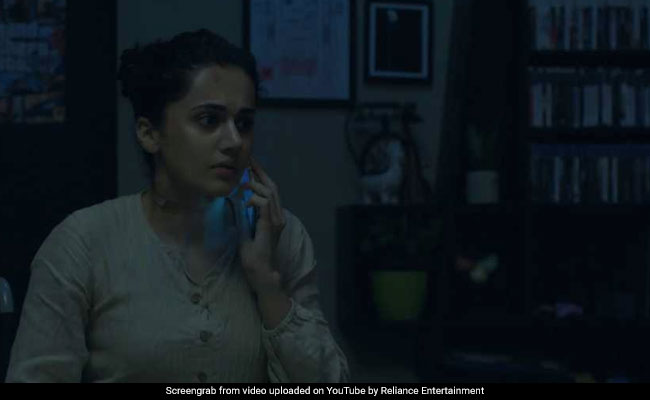 Pannu plays Swapna, a videogame developer who works from home and recoils in horror when the lights go off. They frequently do and she sinks into a state of delirium. Exactly a year after she survived a brutal assault on New Year's-eve, it is her mind that has begun to play tricks on the young woman. Her therapist (Anish Kuruvilla) blames Swapna's "panic attacks" on "anniversary reaction."

To make matters worse, the permanent tattoo on her wrist - which is in the shape of hand-held videogame console - begins to act up and mysteriously links her fate to the brutal murder of a cancer survivor, Amrutha (Sanchana Natarajan), which is staged in a disquietingly clinical manner in a petrifying prelude that culminates in the killer kicking a severed head into a football goal and setting the rest of the woman's body on fire.

What if life was a videogame, asks a poster on a wall of the protagonist's room. As the film infolds, it does indeed become one, and Swapna is condemned to dodge her way around daunting obstacles, both physical and psychological, helped by the ever-attentive domestic help Kalamma (Vinodhini Vaidyanathan), who tries her best to keep her from dwelling too much on the past. 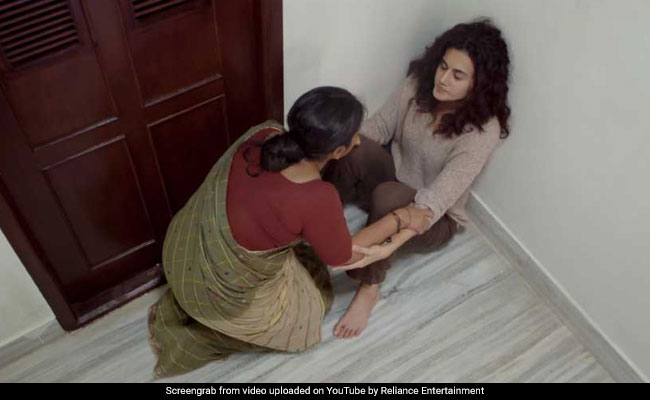 The film plays on the theme of violence against women and uses beheadings, bloodshed, fire, the fear of darkness, and a macabre obsession with departed dear ones, all of which impinge on Swapna's life as she fights to get it back on the rails again. A card sows hope in her heart - it says that everyone has two lives, the second one begins when you realize that there is only one. She decides to fight the monster blocking her way.

The screenplay, smart and minimalist, lets the camera and the two actresses who are in front of it (Pannu and Vinodhini) do their thing without undue manipulation. It is the background score (Ron Ethan Yohann) that is a touch excessive.

Game Over, which is presented by Anurag Kashyap, is not without its share of failings, but director Saravanan is clearly endowed with an exceptional sense of the potential of the cinematic medium to probe complex aspects of humanity. Taapsee Pannu, as she has been in her recent outings, is never less than convincing. While she may be the primary reason why you must go out a watch this film, it certainly isn't devoid of other intrinsic merits in terms of substance and execution.