Game Of Thrones 8: What To Expect In Episode 4, Starting With The Last War

"We have won the Great War. Now, we will win the Last War," Daenerys Targaryen says 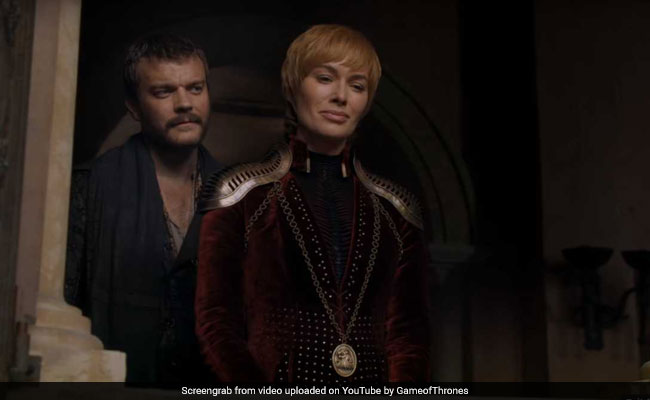 So, the Night King and his Army of White Walkers are eliminated (again, standing ovation to Arya Stark) and now, Daenerys Targaryen has set her eyes on her main target - King's Landing. As Winterfell clears the mess of the Great War, which ended in episode 3, Daenerys voiceovers, "We have won the Great War. Now, we will win the Last War." The scene changes and we see that Daenerys' assembly cheers with her. Cut to Cersei Lannister in King's landing, who is ready to "rip her (Daenerys Targaryen) out root and stem." Euron Greyjoy, who has given Cersei his Iron fleet, creepily lurks around Cersei.

The new promo dropped after the third episode ended with a bang (we can't thank Arya enough) and now, here's what you can expect from Game Of Thrones 8, episode 4.

The Beginning Of The Last War: Daenerys finally sets out to accomplish her long cherished dream - to dethrone the ruler at King's Landing and reclaim the Iron Throne for House Targaryen. She briefly digressed from her path to fight the Night King and his army with Jon Snow but now, she has just one agenda - the Iron Throne. With whatever is remaining of her mammoth army and two dragons - Drogon and Rhaegal - she sets out towards King's Landing.

Daenerys Targaryen At The Forefront? Remember before the Great War, Jon Snow told Daenerys the truth about his parentage and that his real name is Aegon Targaryen? Daenerys appeared to be pretty upset after learning the truth and she seemed aloof and distant from Jon during the war too. However, going by the promo, it appears that nothing has changed and Daenerys Targaryen is still at the forefront despite Jon being the true heir of Aerys II Targaryen.

Cersei vs Her Lover-Brother Jaime Lannister: Jaime Lannister promised to fight for the living and he left King's Landing telling his sister he intends to keep his promise. He was pardoned by Daenerys, whose father Aerys II Targaryen, Jaime had killed when he on duty as Kingsguard.

Cersei and Jaime's relationship changed completely after the latter joined Jon Snow and Daenerys. Cersei, who is now in a relationship with Euron Greyjoy, also sent Ser Bronn to kill Jaime.

But now that the Great War is over, would Jaime want to return to Cersei's team or will his allegiance lie with Daenerys?

Arya And Gendry: Arya and Gendry, Robert Baratheon's (former king of the Seven Kingdoms) illegitimate son, hooked-up moments before the Great War and it appears they're about to continue with their relationship. Arya will most definitely head to King's Landing - Cersei and her bodyguard The Mountain are on her list. Will Gendry accompany her too?

Bonus: Going by the teaser, GOT fans can also expect a better lit episode. One could hardly make out what was happening in the third episode as it was so dark - literally.

Watch this space for more updates on Game Of Thrones.