Game Of Thrones 8: The Battle Of Winterfell Was Dark And Full Of Terrors; So Dark, We Couldn't See Anything 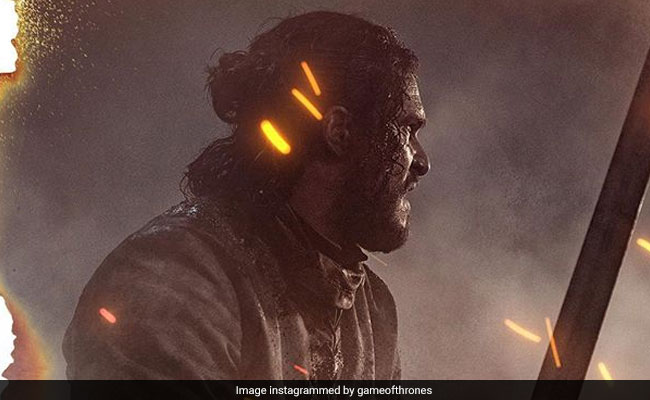 They say Democracy Dies in Darkness (OK, OK, only we say that), but in Sunday's Game Of Thrones episode, we learned what else dies in darkness.

Key characters pertinent to major plot points who maybe died or maybe lived, or perhaps died and then rose again with the undead and then died a second time - it's really not clear, because we couldn't actually see much of anything at all during The Long Night.

The whole episode felt chaotic and tense, more than an hour of combat that moved from the sky to the ground to the castle to the crypts. It was the longest and most expensive battle scene in the history of TV and cinema, the showrunners have said.

It was also, according to many Thrones fans, the darkest.

Across social media, viewers shared screenshot after screenshot of indecipherable blobs: Is that Jon Snow? Is it Arya? Which dragon is that? Who knows?

"Everyone could've died this episode, and I won't know cause I can't see anything," one fan tweeted.

"Did they blow the budget on the dragons or what because there is NO lighting," wondered another.

"The Long Night is Dark and Full of Viewers Who Can't See What the Hell is Going On," said yet another.

The lighting, or lack thereof, was an intentional choice, according to the show's director of photography, Fabian Wagner. In a recent interview with Vanity Fair's "Still Watching" podcast, Wagner cited the show's "classic cinematography and lighting" - an aesthetic that doesn't lend itself to unnatural sources of light.

Instead, Wagner relied on familiar elements for the show's biggest battle - the sun, the moon and fire. In the latest installment of HBO's Game Revealed, which takes a behind-the-scenes look at each episode, Wagner described "a color scheme that developed throughout the whole episode."

"It starts with a moonlit night because the Night King brings a storm and the clouds. The moon becomes dissipated, and the moonlight takes over, but in a very diffused kind of way," he explained.

The next step was a fiery trench, lit by a resurfaced Melisandre, that would serve as "an overpowering light" and evoke the battle's hellish nature.

"It's turning into hell for each character, so the blood-red fire of the trench takes over the image and completely drains out the blue of the moon," Wagner said. "Until the end, because the trench is dying down. The moonlight suddenly gets introduced again."

Game Of Thrones is hardly the first show to weather complaints from viewers unable to make out the action on their television (not to mention laptop or mobile) screens. Dramas, in particular, have become increasingly notorious for dimly lit scenes.

But some viewers with newer sets, such as the high-definition 4K TVs that have become more accessible to consumers in recent years, reported being able to watch The Long Night just fine.

To make sense of it all, we called the leading experts in the field: Best Buy. "It all boils down to how your TV is lit," said an employee, who declined to give her name, over the phone from the home theater department of a Best Buy in Virginia.

4K televisions offer better contrast than older LCD models, which are usually lit from the bottom or side. For customers wanting the full Battle of Winterfell experience, the Best Buy employee said she would recommend a TV with OLED technology. Those don't rely on a backlight at all - each pixel creates its own light, she explained.

That brings us back to Twitter, where one fan joked: "HBO owns key OLED patents and is now collecting."