Game Of Thrones 8: How The Starks Went From Winterfell To Twitter Trends (Spoilers Ahead)

SPOILER ALERT: Those who haven't watched Game Of Thrones Season 8 Episode 3 yet, should just steer clear of what's written ahead. 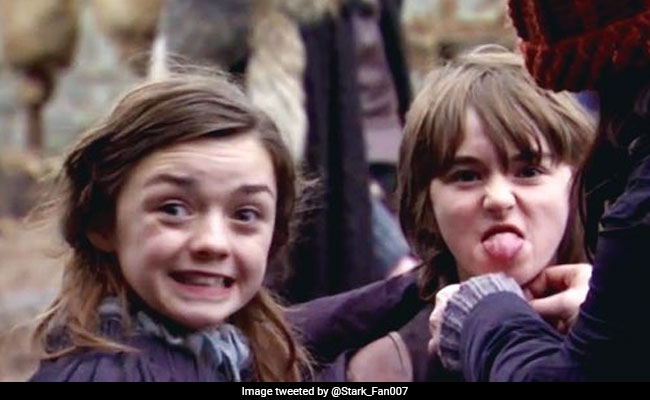 Those who haven't watched Game Of Thrones Season 8 Episode 3 yet, should just steer clear of what's written ahead. But for those who have already, it would be a fun read to go through what Twitter has to say about the new episode. The Season 8 Episode 3 finally breaks the lull of the first two episodes as Winterfell came out a winner after a Long Night of battling White Walkers, a full grown zombie dragon and the Night King. Courtesy, Arya Stark and the Catspaw dagger which Bran had handed over to her one season ago. The highpoint of the new episode is that after a prolonged battle, Arya kills the Night King with her Valyrian dagger, also disintegrating his army of the dead. While it was a surprise for all of us when Arya literally drops like a bomb on the Night King to save Bran, stranded in Godswoods, looks like Bran knew all along.

Now, Twitter is thankful to Arya Stark but is also cheering for the three-eyed raven - Bran, who it looks like knew what he was doing in Season 7. He got the Valyrian dagger from Littlefinger and soon gave it up to Arya with a sombre expression on his face.

Twitter is all happy for the brother-sister duo's unintentional season-long planning:

So Bran gave that dagger to Arya?
Bran doesn't like spoilers .
Bran knew how it's gonna end but kept his mouth shut. #GameofThronespic.twitter.com/4QQEQvumlk

The army of the dead, the white walkers, the night king, winter

Bran gave Arya the Valyrian steel dagger in the same spot she used it to kill the #NightKing#GameofThrones#BattleofWinterfellpic.twitter.com/vwYvBdJ96m

The dagger Bran gave to Arya makes so much sense right now. Bran knew it all along. #GameofThrones#AryaStarkpic.twitter.com/a1bMfUxbAY

Bran signaling Arya to sneak up on the night king pic.twitter.com/X4NOnkiK9t

Bran gave Arya the dagger in this exact spot, he really knew that she was the one. #GameOfThronespic.twitter.com/NL24exDYZp

When you remember that Bran gave Arya that dagger #GameOfThrones#BattleForWinterfellpic.twitter.com/RgVJxlExCg

Bran gave Arya the dagger. He knew! He knew!! The whole time he knew Arya that girl #GameOfThronespic.twitter.com/NP8mRvwKI7

Meanwhile, Cersei also propped up on Twitter trends because of several memes because she is on Arya's list. Twitter is suggesting that Arya Stark will perhaps put on Jamie Lannister's face to finally kill Cersei.

Arya and Dany on their Way to kill Cersei #GameofThronespic.twitter.com/LelcIicOez

Jamie is gonna die and Arya will use his face to get close to Cersei and kill her.

Bran after Arya came, even though he knew she was coming:#GameofThronespic.twitter.com/JaP5hsdFKb

Or Jamie being the one to kill Cersei https://t.co/CGggM5AVz2

How cool is the Bran-Arya connect? Share your thoughts in the comments section below.

game of thronesarya and bran stark